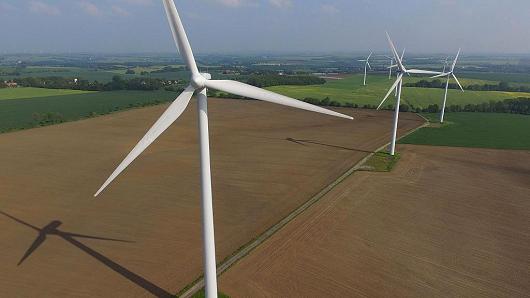 Last year saw 27.5 billion euros ($29.4 billion) invested to finance the development of wind energy in Europe, a 5 percent increase compared to 2015, according to new figures from industry body WindEurope.

In total, 12.5 gigawatts (GW) of capacity was added across the European Union (EU) – 3 percent less than installations in 2015 – with Germany installing 44 percent of the total.

“It is also a mature and significant industry in its own right, now providing 330,000 jobs and billions of euros of European exports,” he added.

“With all the talk about the transition to low-carbon, things should be looking good long-term for the wind industry in Europe,” Dickson commented.

“But they’re not. Government policy on energy across Europe is less clear and ambitious than it was a few years ago. Only 7 out of 28 EU Member States have targets and policies in place for renewables beyond 2020.”

SocGen beats with fourth-quarter earnings and raises dividend; profits up 15% in 2016