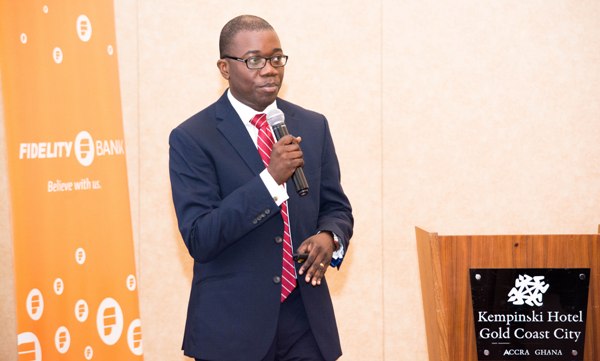 Fidelity bank posted a profit after tax of 164 million cedis in 2018.

This is 82 percent higher compared to the previous year’s performance.

Within the period, the bank also worked to reduce its exposure to impairment by 17 percent.

The management attributed the development to its strengthened credit risk policies.

Speaking to Citi Business News at the bank’s Annual General Meeting, the Chairman of Fidelity Bank, Edward Effah also stressed that the focus is to be cautious with where to channel loans and advances to, going forward.

“By and large, we are in a very strong position. We were very cautious. For instance with all the power challenges, cedi depreciation amongst others in 2014, and given that Treasury Bill rates were 25% , we took the view at the time that we need to stop lending because the economy was and very volatile and unpredictable and that when the economy stabilizes we will lend. That helped us a lot not to get into the trouble that some of our other banks got into,” he explained.

Mr. Effah added: “This meant that when we begun 2016/2017, we had one of the lowest loans to deposit ratios. In other words, we invested a lot into Treasury Bills and our loan to deposit ratio was about ten percent.”

Following the recapitalization of commercial banks in 2018, Fidelity bank increased its stated capital from GH¢ 264 million to GH¢ 404 million.

The Managing Director of Fidelity Bank, Julian Opuni on his part highlighted the bank’s focus for 2019.

According to him, the bank is still on course to becoming “an established top 3 bank in Ghana by 2021 based on all key performance indicators”.

This aim will be driven by three benchmarks including: achieving the best digital presence with a people centered approach to product delivery; perfecting our strategic funding drive with a focus on best pricing and low risk and reinforcing the company’s position as a market intermediator strategically leveraging long and short term instruments.

Meanwhile the Board proposed a dividend of GH¢1.28 per share for 2018.