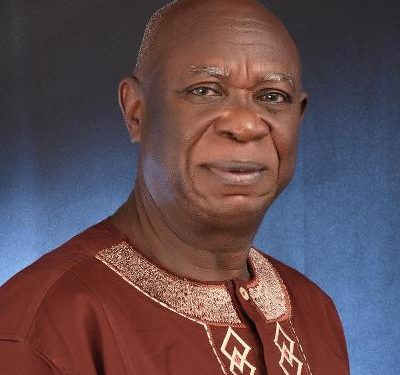 Workers of the Ghana Ports and Harbours Authority (GPHA) want the government to expedite the implementation of the findings of a review of the concession agreement for the Tema Port expansion project.

The workers, on Tuesday [April 23, 2019] wore red attires and arm bands to protest what they describe as the delay in addressing key concerns which affect their welfare.

Amongst the issues raised are the exclusive clauses which would see the GPHA losing out container business as well as port dues.

The Meridian Port Services (MPS) has been tasked with the expansion works at the country’s ports and it is expected to complete the first phase by July 2019.

The General Secretary of the Maritime and Dock workers’ union, Daniel Owusu-Koranteng in an interview with Citi Business News maintained that any further delay in heeding their call will impact adversely on the fate of the port workers.

“There will be what I will call the watering down of the legal framework that established Ghana Ports and Harbours Authority as the regulator because the GPHA has the right to establish and determine tariffs. But these are things that are now fixed within the concession agreement and which will also lead to very huge reduction in revenues for the container business of the GPHA and that will translate into very huge job losses not for GPHA alone but for a number of companies down the chain.”

Commenting on the possible job losses lurking at the ports if the issues remain unresolved, he stated, “For example, the terminal operators, Stevedoor companies, Ghana Dock labour, etc. For GPHA the determination in terms of job losses may be around 1400 and the other companies will also suffer huge losses.”

The government, in January 2018 set up an inter-ministerial review committee with the mandate to review the thirty-five year concession agreement.

This also followed proposals submitted by the Ghana Ports and Harbours Authority.

The Committee, chaired by Deputy Minister of Transport, Mr Daniel Titus-Glover is reported to have submitted its recommendations to the government a month after but a White Paper is yet to be issued on the recommendations.

The project is a public-private partnership between the GPHA, representing the Government of Ghana and MPS for an upgrade and significant expansion of Ghana’s main seaport.

The port is expected to be the largest cargo port in West Africa, and one of the best in Africa, with a capacity of 3.5 million 20-foot equivalent unit (TEU) per annum.

Considering the semi-automated nature of the new terminal, some manual jobs and offices are expected to be collapsed.

The Director General of the Ghana Ports and Harbours Authority, Michael Luguje, has already confirmed that about 1,200 employees of Inland Container Depots (ICDs) would be laid off.

Though Mr. Owusu-Koranteng admits that they may be compelled to resort to possible strike action, he intimated that the union will be restrained and carry out the exercise as a very last option.

“The leadership has not indicated that we are going on a strike or demonstration now. There are rules governing these things. For now, we are drawing serious attention to the fact that we are not happy about the concession agreement and we are not happy that something is not being done as quickly as possible. The new company will start operations somewhere in July.”

He concluded, “We do not have to wait when workers are very anxious and do not know their fate then we wait till the company commences business and what can we do about it? It may be too late then.”

Regulating rent advance in Ghana: Ministry commits to law to limit to 6 months