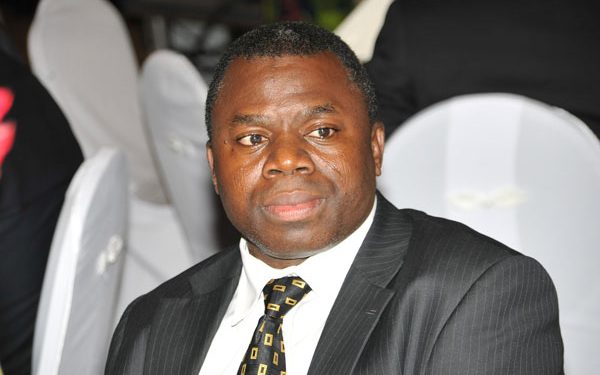 Managing Director of Stanbic Bank, Alhassan Andani has backed the Central Bank’s decision to compel receivers of the seven collapsed banks to present a quarterly update.

Mr. Andani is hopeful this will ensure discipline within the banking space.

His comments come at the Central Bank’s frustration over the slow pace of work by receivers of the collapsed banks.

The Governor of the Central Bank, Dr. Ernest Addison at an interview on the sidelines of the IMF/World Bank Spring Meetings in Washington, DC, expressed frustration over the slow pace of work by the two receivers appointed in the aftermath of the revocation of licenses of nine banks over the past two years.

Dr. Addison further explained how the central bank’s prospects in recovering as much assets from the collapsed banks are not being met by the receivers.

“The receivership process is not going well. We are to push them in order to get them to recover. We have already told the receivers that we think we cannot continue at the pace with which they are working. We would want them to come out every three months and render us a report on the processes that they are going through to recover”, he said.

The Governor further said going forward, the central bank will have to compel the receivers to, at least, come out every quarter to update the public on what is happening in the receivership process.

Commenting on the issue, Managing Director of Stanbic Bank, Alhassan Andani said BoG must ensure receivers come out every quarter with an update of the happenings in the receivership process.

This he believes will enforce discipline to get money back to the public.

“The activities of the receivers should enforce discipline. You have got to remind people that there is responsibility you have when you borrow money and you have to pay it back so I think it’s a right thing the governor is insisting on”, he explained.

KPMG was last year appointed as receiver for the five banks that were collapsed into Consolidated Bank, Ghana.

The five banks include Beige, Sovereign, Construction, UniBank and The Royal Bank.

They had liabilities in excess of GH¢5.6billion which were cleared with a number of bonds issued for that purpose.

Producer Price of cocoa cannot be increased now--COCOBOD to Minority