Producer Price of cocoa cannot be increased now–COCOBOD to Minority 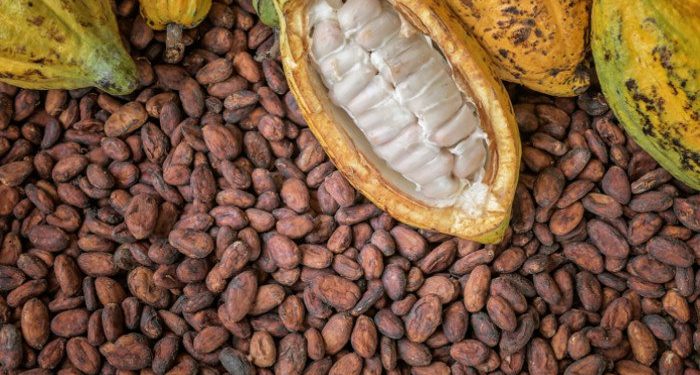 The Ghana Cocoa Board has chastised the minority for calling for an increase in the producer price of cocoa, saying COCOBOD has been vindicated for taking steps to maintain the producer price at GHC 7,600 per tonne despite cocoa prices’ bad performance on the international market in recent years.

The comments follow a recent call by the International Monetary Fund (IMF) for government to reduce the producer price of cocoa to ensure that COCOBODS current funding gap of GH¢1 billion does not expand.

But in an interview with Citi Business News on the matter, Manager at the office of Chief Executive Officer for COCOBOD, Fiifi Boafo said COCOBOD is ready to go the extra mile maintain the producer price where it currently is despite the challenges.

“We were all in this country when the Minority Members of Parliament consistently said that COCOBOD should rather increase the producer price of cocoa. What the IMF has said now shows that government and COCOBOD are indeed going the extra mile to cushion the farmer. Looking at the economics there is every reason why COCOBOD should reduce the producer price to farmers, but taking into consideration the environmental and social effects of such a reduction, government will do no such thing for now.”

The Minority in Parliament last week called on government to ignore calls from the International Monetary Fund (IMF) to reduce the producer price of Cocoa from the current GHC 7,600 per tonne.

According to the IMF, it has become critical for government to reduce the producer price of cocoa to ensure that COCOBODS current funding gap of GH¢1 billion does not expand.

In an interview with Citi Business News on the issue, NDC MP for Chereponi and Deputy ranking member of the Food, Agriculture and Cocoa Affairs committee, Samuel Abdulai Jabanyite highlighted the impact that reducing the price would have on farmers.

“We as a government in 2014 foresaw that commodity prices in general fluctuate, so for that matter, in October 2014 government established the Cocoa Stabilization Fund. What has been accrued in it should be sufficient enough to maintain the producer price so that the farmer can also live comfortably. If you decrease the price of cocoa which is the mainstay of the farmer, where is he going to get the money to be able to go into the market to buy his self-needs ? So that is not an option that we are going to consider.”

Mr. Jabanyite further outlined what steps COCOBOD needs to take to be able to maintain the producer price where it currently is.

“We think that COCOBOD shot itself. Because they are cause of the problem. What they have brought out from 2017/2018 in their own budget shows that their overheads are way above, some of the investments that they’ve made, we can say are unreasonable. So we believe that if COCOBOD can cut its overhead expenditure, they should be able to have enough money. If they also make good use of the stabilization fund they should have sufficient money to cushion the farmers against these external shocks.”

The government maintained the producer price of cocoa for the 2018/2019 cocoa season at GH¢7,600 per tonne, translating into GH¢475 per bag of 64 kilogramme (kg) gross weight.

This was announced by the Minister of Food and Agriculture, Dr. Owusu Afriyie Akoto, at the 2018 Cocoa Day Grand Durbar in Accra.

He said the decline in the price of the commodity on the international market, which had forced all the other 21 producing countries to slash their producer prices, made it impossible for the government to review the producer price upwards.