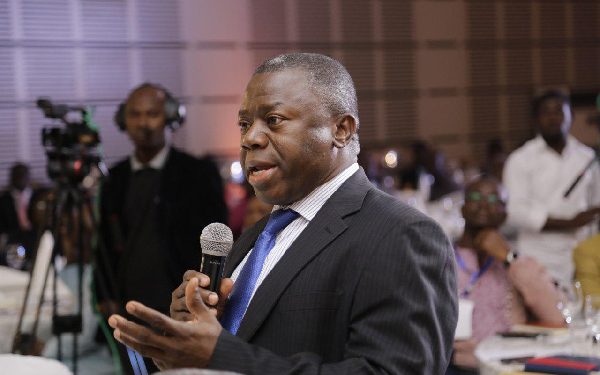 The Ghana Bankers Association is calling on the Judicial Service to expedite the adjudication of financial cases.

According to the association, slow judicial processes have partly contributed to the high non-performing loans in the country.

The Ghana Bankers Association laments that one of the major factors that led to the challenges in the banking sector, which eventually led to the collapse of some nine banks in the country was the exposure of the banks to clients with high credit risk profile.

It argued that some people who went for loans from banks defaulted in paying even though most of such cases were at the court.

The Non-Performing Loans as at December 2018 stood at 18 percent which is above the international rate of 5 percent.

Speaking to Citi Business News, the President of the Ghana Bankers Association, Alhassan Andani  said the judicial service has a huge role to play in quickly resolving financial disputes in court.

“We want the court to help us. I think most of it is stuck at the court and the judicial is slow”.

Mr. Andani observed that the court system does not appreciate the fact that the monies under dispute affect the operations of companies hence need a special attention to resolve them quickly.

He stated that the association has begun processes to form clubs among the banks where all the banks can monitor the activities of creditors at the same time.

“So, when more than two banks are lending to a particular customer the banks come together to support this client. That way you are able to standardize supervision of the client,” he explained.

Meanwhile the Bank of Ghana says it will enforce the provisions in the Credit Reporting Provision as a way to control the situation.