The Ghana Revenue Authority is set to rotate more than 1,410 employees to other areas of the organisation.

A statement issued by the Finance Ministry said the exercise is necessary to retool GRA for the critical task of mobilizing revenue to finance improvements in the lives of Ghanaians.

As part of the reorganization exercise, the Finance Ministry announced that it has appointed Mr. Ammishaddai Owusu-Amoah as the Acting Commissioner for Domestic Tax Revenue Division.

Three commissioners were reassigned to the Ministry of Finance on Friday.

The reshuffle according to the finance ministry is in line with ongoing reforms by Government at the Ghana Revenue Authority (GRA) to improve performance.

In the press release, the Ministry stated that the reorganization has been necessitated by three main factors, with the ultimate being the fact that GRA revenues have failed to reach budget targets, and over the last three years there has been an accumulated gap of about GH¢3.5 billion.

The newly appointed Commissioners are among others expected to Modernise and digitise tax processes and systems, Introduce big data and blockchain technologies to improve compliance, Expand the tax base to encompass more effectively the informal sector and professional classes as only 2.5 million out of the over 6million tax paying individuals have been registered. Out of this, however, only about 1.2 million are active direct taxpayers.

They are also required to develop a stronger culture of performance and accountability, enhance staff integrity and anti-corruption measures, increase the quality of taxpayer services as well as tackle revenue leakages across both Domestic Tax and Customs.

The newly appointed are by this expected to bring several improvements in the institution. 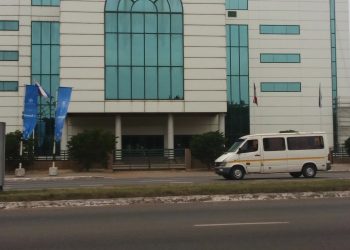