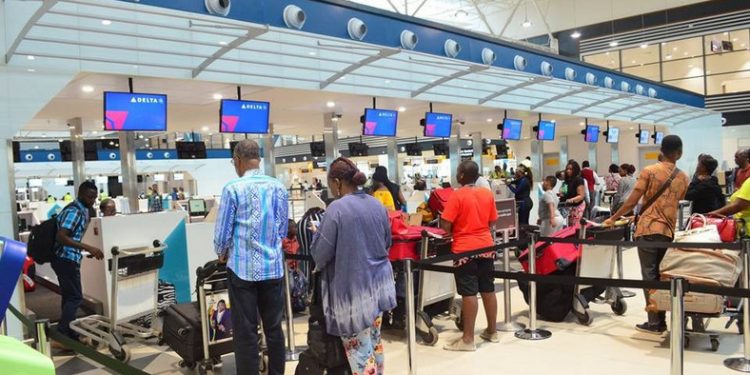 The Ghana Airports Company Limited should be able to boost its revenue generation sources with the Aviation Revenue Development Policy Initiative rolled out by the Aviation Ministry.

Aviation Minister, Joseph Kofi Adda, believes this should also reduce the over-dependence of such state institutions on the national budget.

Already, the Terminal One of the Kotoka International Airport has been rented out to McDan Aviation for a period of fifteen years following the relocation of domestic flights to Terminal Two.

“There is a vision of the Ghana Airport Company to leverage its vision-driven development policy initiative to enhance its operations of Terminal One and other related aviation projects. We solicit the support of the members of the house for the perpetration of the vision-driven policy towards the attainment of the mission and vision,” he told Parliament.

Agreement between GACL and McDan Shipping

His comments come after the revelation that the ground floor of Terminal 1 at the Kotoka International Airport (KIA), has been rented out to McDan Aviation for 15 years since January 2019.

“The Marque Tent used as the departure lounge has become dilapidated and needed to be replaced. The Ghana Airport Company, therefore, took the renovation from Terminal 1 to Terminal 2, to save money and also ensure efficiency in operations and passionate comfort. The Ghana Airport Company has rented out the ground floor of Terminal 1 to McDan Aviation for use as a logistics operation centre for a period of 15 years from January 2019.”

Mckorley was adjudged the Entrepreneur of the year – 2016 at the Ghana Aviation Awards.