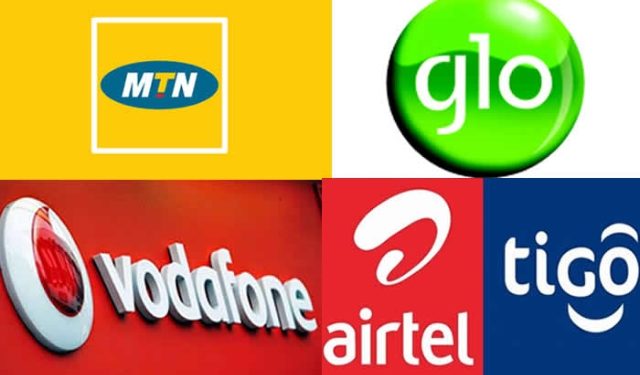 The Ghana Chamber of Telecommunications has once again, raised concerns about the claim that mobile network operators in the country understate their revenues to the government.

This comes after the Communications and Digitalization Minister-designate, Ursula Owusu-Ekuful’s recent assertions that telcos under-declared their income flows to avoid tax charges.

She made these statements while justifying the government’s contract with KelniGvG during her vetting in Parliament on Monday, February 15, 2021.

But the Head of Research and Communications of the Telcos Chamber, Derek Laryea, expressed worry about the Minister’s consistent assertions.

“I believe that this is about the sixth time that we have had to address this issue as an industry. We have continuously said that we refute any allegations of tax under-declaration by our members for a number of reasons,” he lamented to Citi Business News.

He explained, “We know that our members are good corporate citizens. There are leading global network operators, and they showcase an exemplary record of tax compliance operating here in our country. Also, they deliver on all their tax obligations.”

While asking the government to engage members of the Chamber and industry players before making such claims, he also expressed his outfit’s willingness to address these allegations.

“We would like to entreat the government that we would like to engage on these claims. We would like to reach a logical point on this matter where there is a general understanding on what the numbers are and what they are not so that the public pronouncements will be able to reflect the facts on the ground,” Mr. Laryea stressed.

According to him, claims like those made by the sector minister which are made without consultation “is very dire to the growth of the industry and affects investor confidence in our market and in the industry”.

KelniGVG was given an US$89 million contract in 2017 to build and operate the Common Monitoring Platform which would verify the actual revenues service providers accrue for the purpose of computing taxes.

The implementation of the Common Platform was in line with the Communication Service Tax (Amendment) Act, 2013, Act 864.

Although Ursula Owusu-Ekuful, who was then the Minister for Communications, insists the deal has made enormous savings to the state since it was signed, she has over time, claimed that the Common Platform has uncovered under declaration of revenue by mobile network operators.

In August 2020, she stated in Parliament that the government had made savings of GHS1.5 billion in under-declared taxes in the telecommunications sector following the implementation of the monitoring platform.

But during her recent vetting to acquire the position of the Communications and Digitalization Minister for another four-year period, she once again raised the issue of the telcos downplaying their income flows to avoid paying taxes.