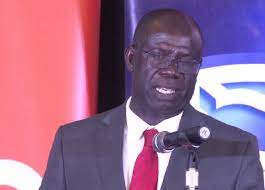 Fifteen employers risk prosecution for failing to pay the pensions of their workers.

This is according to the Chief Executive Officer of the National Pensions Regulatory Authority (NPRA), Hayford Attah Krufi.

The move follows powers the NPRA has been given by the Attorney General to prosecute employers who flout the rules.

According to the Authority, it has collected in excess of GHS3 million as of January 2021 following final demand notices to a total of 60 employees in July 2020.

The provisions of the National Pensions Act 766 of 2008, mandating employers to register and contribute to the basic scheme (SSNIT) and Tier 2 Schemes are not always being complied with, leading to some employees of such establishments being disadvantaged at the period of their lives when they would be no longer able to fend for themselves and negating the Authority’s mandate.

This led to The NPRA’s application for prosecutorial powers from the Attorney-General in April 2018 subsequently they obtained an Executive Instrument (EI 26) to prosecute defaulting employers on the Tier 2 schemes in July 2018.

Since July 2020, the Authority has issued final demand notices to sixty employers as a final reminder to make good their indebtedness or be prosecuted.

The response to the final demand notices was encouraging since about 70% of the employers who received the demand notices contacted the NPRA and made good either all of their indebtedness and made partial contributions to cover their employees.

In an interview with Citi Business News, CEO of the NPRA, Hayford Attah Krufi said: “A few of the employers who did not respond are in court with the first batch of six (6) employers arraigned on criminal summons since December 2020”.