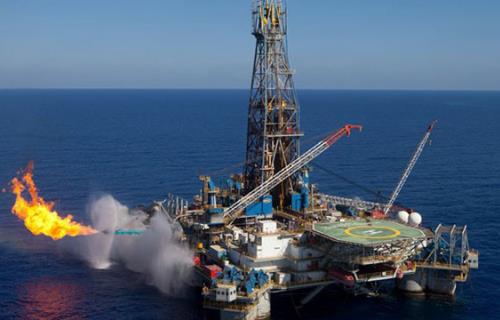 The secretary to government’s Economic Management Team (EMT), Prof. Joe Amoako-Tuffour has stated that Ghana risks exhausting its oil reserves in the next ten years if it doesn’t move into deep waters to explore oil.

His comments come on the back of a warning of an imminent collapse of the country’s petroleum industry by the Civil Society Platform on Oil and Gas.

According to him, the country has not made any new discovery in oil exploration in the past five years, as it has been dependent on its Jubilee, TEN and Sankofa fields.

Speaking to Citi Business News on the sidelines of the tenth anniversary of PIAC, Prof. Joe Amoako-Tuffour noted that the situation calls for urgent steps if Ghana still wants to remain an oil producer.

“The future of the industry itself is at stake and so is the future of the national oil company, GNPC. We are in an era of turbulent oil crisis environment, a shift to renewables, the threat of climate change and the risk that we would have stranded access deep under the ocean. Our going forward depends on three things: the geology that we have, the physical attractiveness of sharing, the regulatory attractiveness of who gets to access the resource.

Right now, for the first ten years much of our work, if not all have been in shallow waters, that is in waters 2000 meters below. Our future depends on our capacity to be able to explore in those deep waters. Its expensive and very few oil companies would dare go into those deep waters. As we are growing, our industry ten years down the road will depend on how well we can explore deep waters,” he said.

Already, the Economist Intelligence Unit (EIU) has predicted that, in 2021, energy investment will shift from oil and gas to renewables. Solar and wind combined have been projected to record the strongest growth among all sources of energy in 2021.

Though the crude oil market seems to be on a rebound from the 2020 collapse, consumption is not expected to hit 2019 levels, providing even greater incentive for investors to turn to renewables.

Last year, BP announced that, it was poised to build 50GW of renewable power by 2030, and to cut fossil fuel production by 40 percent. ENI has also announced that it intends to dispose of all non-core upstream assets and will no more undertake mega projects for oil and gas.

The other supermajors, Shell, Total, ExxonMobil, and Chevron have made similar commitments, with Shell bent on leading the investment race in carbon-neutral energy production.