Downstream petroleum sector revenue up due to our monitoring system – SML

Government has witnessed a significant increase in revenue generated from the country’s downstream petroleum sector due to the improved monitoring of in-flows and out-flows at the various oil marketing company depots nationwide.

Within a period of ten months, the monitoring service being provided by a private revenue assurance firm; Strategic Mobilization Ghana Limited, SML, raked in over one billion cedis in revenue to the state from 16 out of the 20 depots in the country.

This was revealed by the Managing Director of SML, Christian Tetteh Sottie, during a tour of some of the OMCs in Tema.

According to Mr. Sottie, this achievement is remarkable considering that it happened at a time when the COVID-19 pandemic had affected economic activities globally.

According to him, between June 2020 and March 2021, economic activities took a nosedive largely due to low consumption of petroleum products in the country caused by the COVID-19 pandemic.

“Between June 2020 and March 2021, there were restrictions on social gatherings so people could not travel. Our borders had been closed so no movement of vehicles outside the country and yet there was significant increase in revenue at the Petroleum downstream sector due to effective monitoring.” 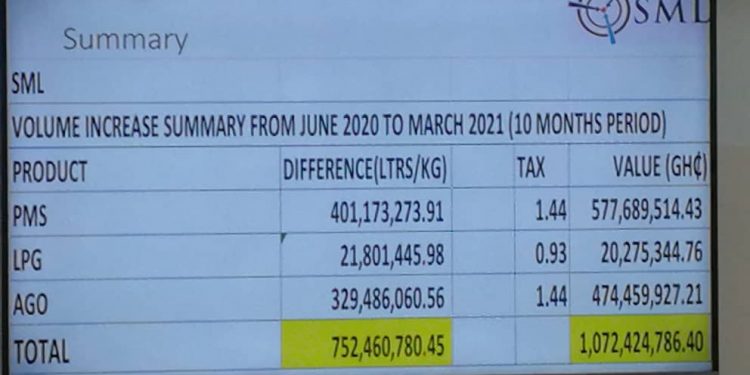 Mr. Sottie added that “through effective monitoring with the state-of-the-art equipment; a first of its kind in the world, SML has recorded higher volumes of petroleum lifting from our depots culminating into increased revenue for the country”.

Mr. Sottie said hitherto, the government of Ghana was making an average of some 350 million cedis annually as import taxes on petroleum products from the depots in the country; but the situation has changed after the introduction of the new monitoring system.

According to the Head of Engineering at SML, Hamdan Abukari, the monitoring system is an end-to-end electronic system that gives real time account and data to the Ghana Revenue Authority and the Customs Division of the GRA.

He says since the introduction of the monitoring system, the volume of petroleum products recorded has increased by 752.4 million litres. 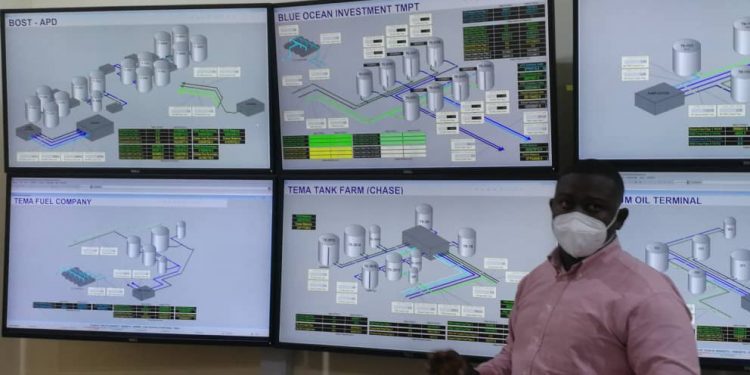 According to Mr. Abukari, there are four depots that are yet to be linked to the system because they are not operational.

The Finance Minister, Ken Ofori-Atta, during the commissioning of the SML technology in 2020, said he was optimistic the monitoring system was going to help address the discrepancies in figures from the Ghana Revenue Authority, the depots and the Customs which manages the sector.

He said the monitoring system is one that will eliminate loses in the Petroleum downstream sector and help government realize the expected revenue to enhance development.