Latest data from the Bank of Ghana shows that Commercial Banks in the country continue to take the less risky route by using their monies on safe government securities like treasury bills and bonds.

According to the Central Bank the growth in banks investment holdings in the first two months of the year, contributed to a growth in the total asset base of banks in Ghana to 152 billion Ghana Cedis by the end of February 2021. 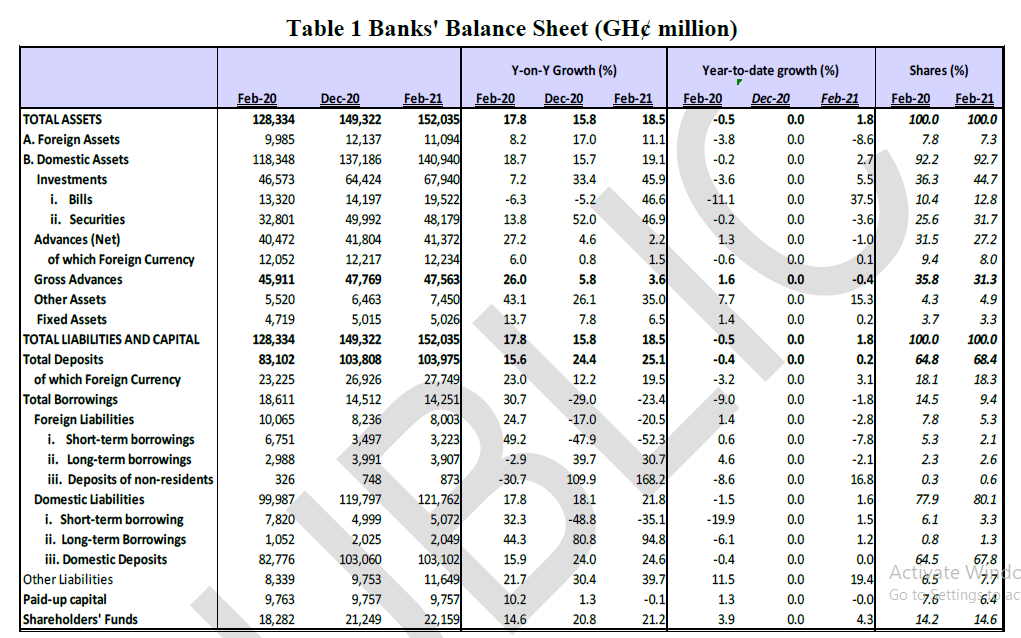 Growth in banks’ investment holdings outpaced other asset classes due to the higher propensity of banks to invest more in less risky government instruments as a result of the pandemic-induced elevated credit risks and slowdown in credit demand.

Investments shot up by 45.9 percent to GH¢67.9 billion, compared to the growth of 7.2 percent in the prior year.

Gross loans and advances to the private and public sectors on the other hand continued to experience a subdued growth, at 3.6 percent in January and February, a sharp decline from the 26.0 percent growth in the corresponding period last year. 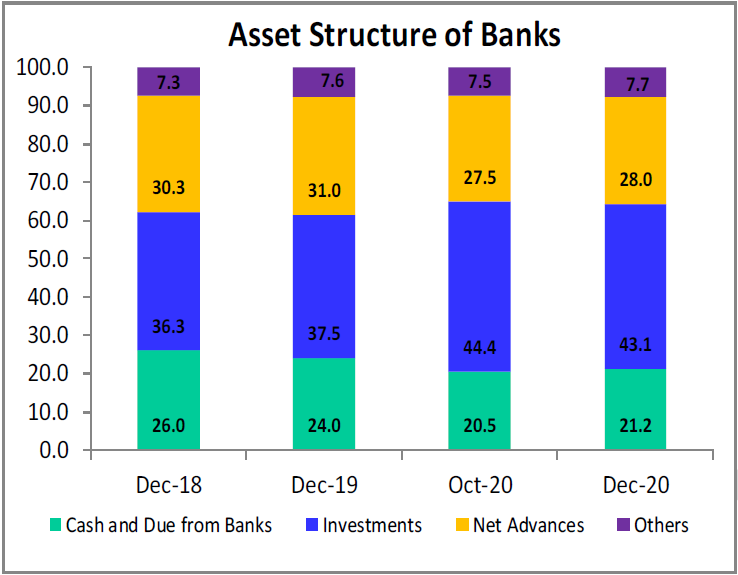 This according to the Banking Sector Development report for March released by the Bank of Ghana, is attributable to weak credit demand, higher repayments and banks’ increasing appetite for less risky assets.

A closer look at the assets and liabilities of banks for the review period show that the structure of banks’ balance sheets remained broadly unchanged during the review period. However, there were some noticeable differences in the relative shares of the key components, a reflection of the pandemic-induced developments within the sector during the past year.

The share of loans and advances (net) however declined to 27.2 percent from 31.5 percent in the previous year on account of the slowdown in credit growth. Non-earning assets (fixed assets and other assets), however, recorded a marginal uptick to 8.2 percent from 8.0 percent.