Latest data released by the Ghana Statistical Service (GSS), indicates that the national year-on-year inflation rate for March 2021 was 10.3 percent.

However, month-on-month inflation between February and March was 0.9%.

Overall food inflation’s contribution to total inflation for March was 46.3%, the lowest since February last year. 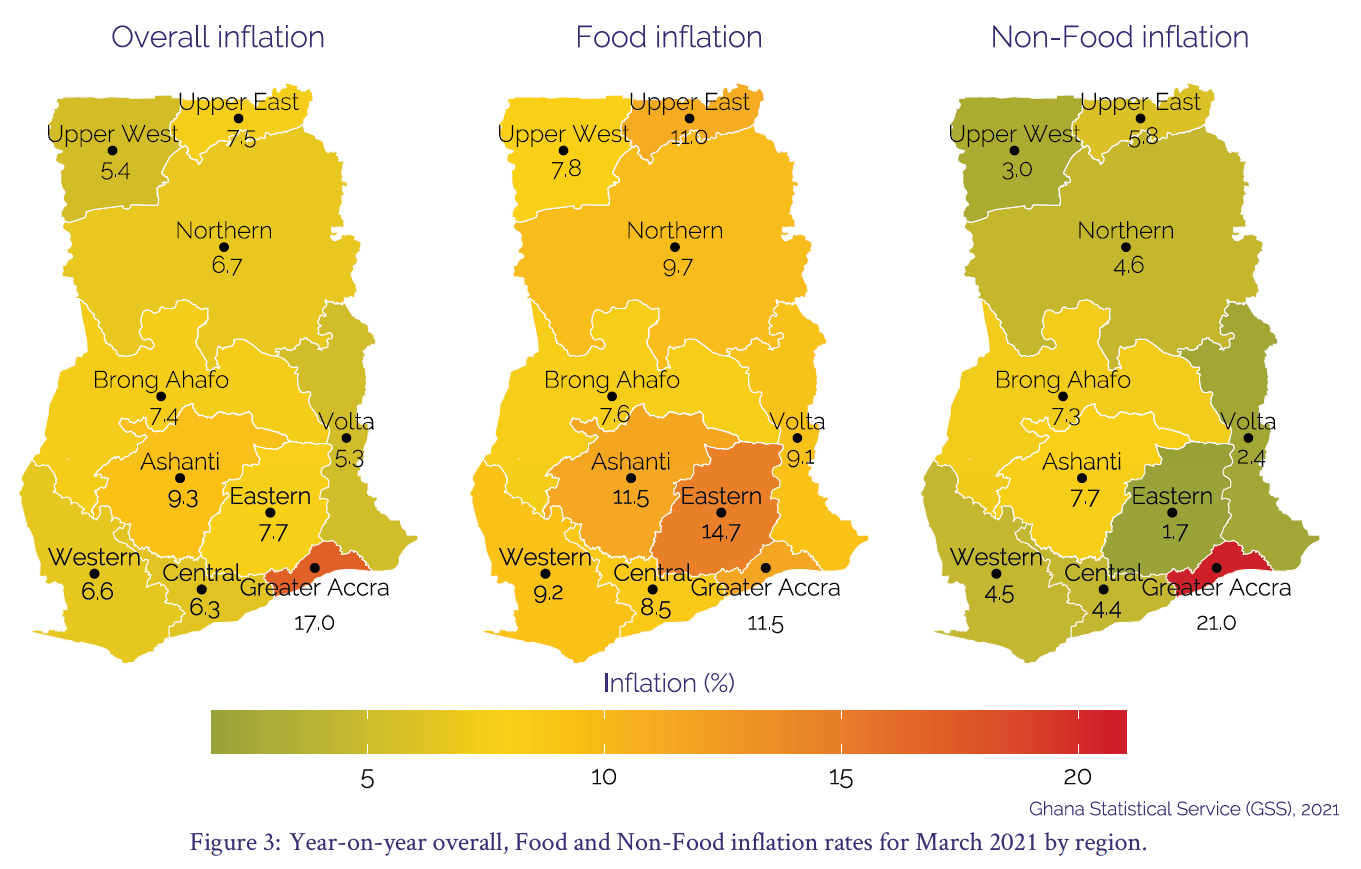 According to Prof. Annim, the Greater Accra Region maintained the highest rate of inflation while the Volta Region on the other hand recorded the lowest. 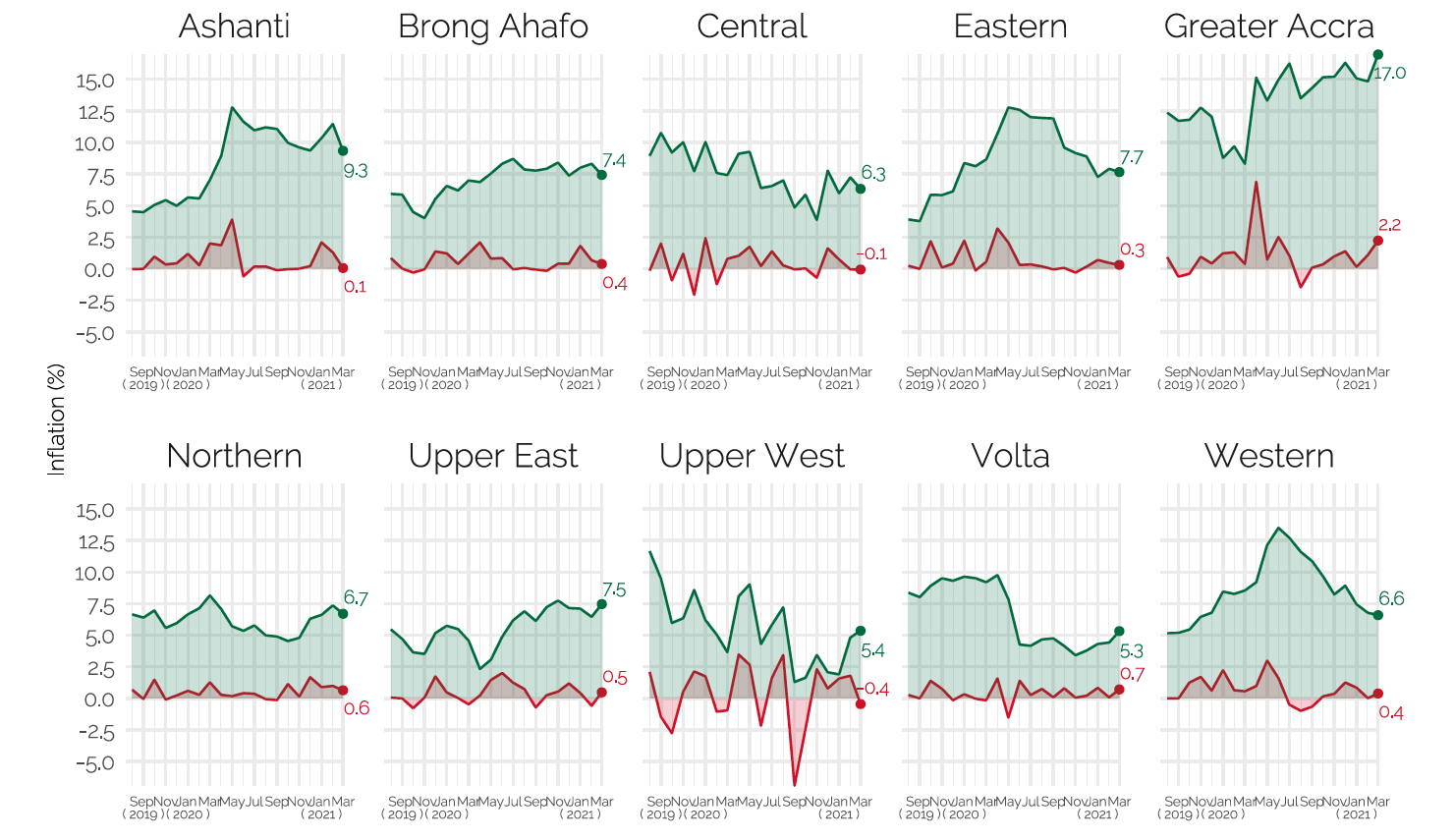 Prices are collected for approximately 39,500 products every month.

Price collection is done in 44 markets. Prices are collected from 7,726 outlets.

Products are ordered in a hierarchy of 13 Divisions, 44 Groups, 98 Classes, 156 Subclasses and 307 items monitored for the analysis.