Transport fares to go up by 13% from Saturday

The decision, according to the union, is to predominantly accommodate the recent increase in fuel prices.

It says, however, that the government has “assured that it will continue with efforts to prevent a steep rise in input cost.”

“Government has also assured us by a letter from the Ministry of Finance that the suspension of the quarterly income tax payment by owners of ‘trotros’ and taxis will be extended to cover Intercity commuter vehicles to reduce the operational cost. We, therefore, encourage the government to keep to its commitment in this regard.”

The union has therefore directed all its members to comply with the revised fares and post the new fares at their loading terminals.

“We further request members, commuters, and the general public to cooperate for the successful implementation of the new fares.”

Following the implementation of the newly-reviewed taxes on fuel, the margin on prices of petroleum products went up by 17 pesewas per litre.

But the NPA, after a meeting with stakeholders in the industry, reduced the 17-pesewa margin to 9 pesewas.

Until the recent increment, figures from the pumps showed that prices of petrol and diesel, which were both selling at an average price of GHS 4.7 per litre in December 2020, had risen to an average of GHS 5.74 as of mid-March 2021.

The 2021 budget introduced a new 10 pesewas Sanitation and Pollution Levy as well as a 20 pesewa levy to cater for charges on the country’s excess power capacity subject to parliamentary approval.

The Chamber of Petroleum Consumers (COPEC) has indicated that the percentage change in prices within the last two months is an 11% increase.

Fuel prices in the country have consistently seen a steady increase since the beginning of the year, sparking fears that consumers may end the year paying an all-time high rate per litre.

Below is the full statement; 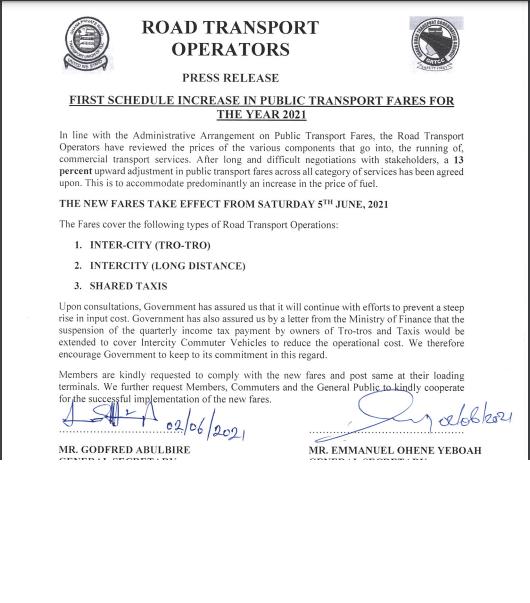 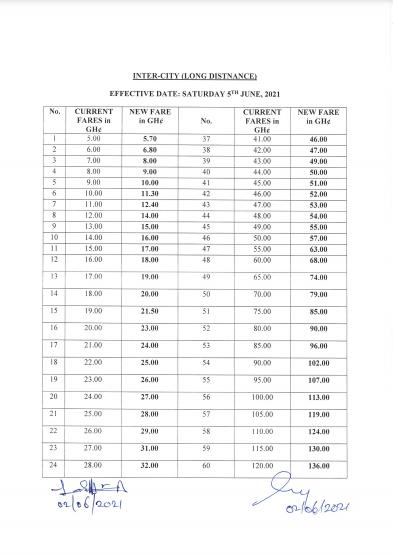