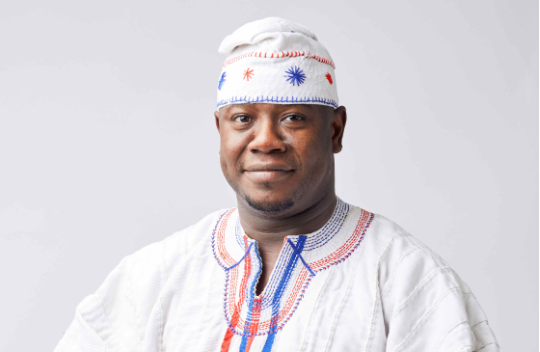 The President, Nana Addo Dankwa Akufo-Addo, has appointed the Member of Parliament for Yendi in the Northern Region, Farouk Aliu Mahama, as the Board Chair of the Ghana Integrated Iron and Steel Corporation.

President Akufo-Addo made the announcement on  Saturday, August 7, 2021.

According to the President, Mr. Mahama is expected to ensure that the corporation continues to serve the purpose for which it was created.

He added the corporation has a key role to play in the industrialization agenda of his government, and charged the Yendi lawmaker to bring his expertise to bear in that regard.

Mr. Mahama will replace the late Prince Imoro Andani who was appointed earlier but died this year after a short illness.

“The very important initiative that my government took in my first term is the establishment of the Ghana Integrated Iron and Steel Development Cooperation which has been established like the Ghana Integrated Aluminum Corporation to explore and develop and transform mineral resources of our country especially the iron ore deposits, and the Chairman I appointed, unfortunately, was called away, and that is your own Prince Imoro Andani, and Farouk Aliu Mahama is going to succeed him as the Chairman of the company.”

His father was Ghana’s first Muslim Vice-President and the first and only Dagomba to have risen to that political height. His paternal grandfather, Zongo Naa Mahama, was the Zongo Chief of Yendi, the traditional capital of Dagon.

He began his basic education at Sakasaka Experimental Presby, Tamale and was later enrolled in the Achimota School. He proceeded to Prempeh College in Kumasi for his secondary education and later to Kwame Nkrumah University of Science and Technology.

Later, Farouk earned his Bachelor of Science degree in Marketing at the Ghana Institute of Management and Public Administration (GIMPA). He now holds a Master’s degree in Supply Chain Management from the Coventry University in England.

Known for his philanthropic activities in his constituency, he became the MP for Yendi upon his first attempt in the 2020 election.