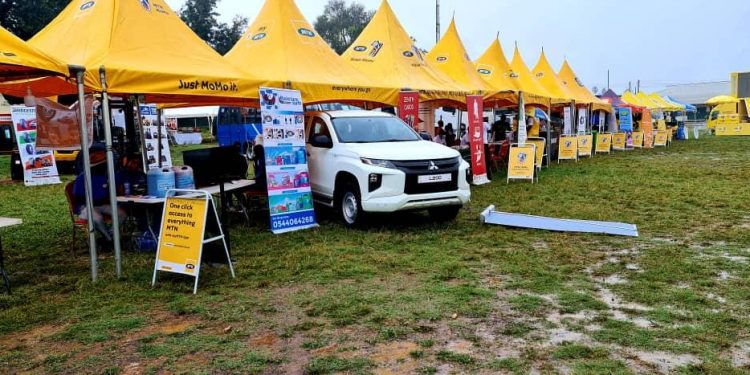 Telcos giant, MTN Ghana, has cautioned all its esteemed customers to guard against fraudsters who may pose as ‘middlemen’ working on MTN giveaways as it celebrates its 25-anniversary with a promo.

While admonishing all its customers to be wary of fraudsters who would like to take advantage of unsuspecting subscribers, the company said its promotions will be announced in the press.

Additionally, MTN Ghana says it will only contact winners of any promotion with a specific phone number.

The Regional Senior Manager for MTN Ghana South West, Mr. Prince Owusu Nyarko, who was speaking at the launch of the 2021 MOMO Technology Fair in Tarkwa, cautioned customers not to entertain calls from strangers “who pretend to assist you to do a transaction or who claim you have won a promotion.”

He entreated customers that whenever they are in doubt, they should call the customer care call line, which is 100.

Mr. Owusu Nyarko said this during this silver jubilee anniversary.

He said the company has “dedicated the rest of the year to celebrate customers,” and is offering 25 Hyundai cars in the promo announced to the public.