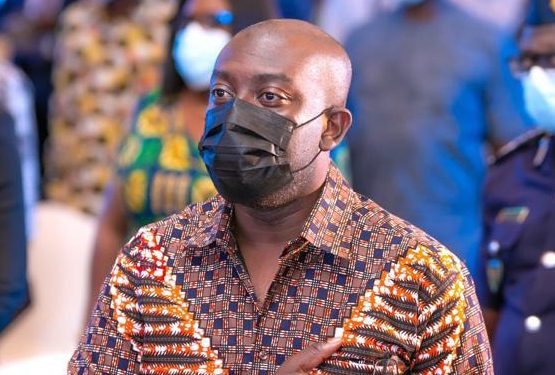 Ghana’s tax to GDP has, over the years, performed lower than the current average percentage in Sub-Saharan Africa.

Currently, the country is doing a tax to GDP ratio of 14%, compared to the 19% average in the region.

The Ghana Revenue Authority has set a provisional tax revenue target of 60 billion cedis for 2021, representing a 32.3 percent increase over the 2020 actual collection of 45 billion cedis.

In the first half of 2021 alone, the Authority witnessed a 212 million cedi shortfall in tax revenue, collecting 25.89 billion cedis as against 26.1 billion cedis targeted for the period.

The Vice President, Dr. Mahamudu Bawumia, launched the Revenue Assurance and Compliance Enforcement (RACE) initiative on Wednesday as part of government’s efforts to facilitate effective and efficient mobilisation of taxes.

The remit of RACE is to identify and eliminate revenue leakages in the various sectors of Ghana’s economy.

On the back of this, Information Minister, Kojo Oppong Nkrumah, in a tweet noted that the initiative was put in place to help ensure the nation is able to increase its revenue mobilization ratio to 20% of our GDP.

He continued by assuring that RACE will go a long way to help the country improve domestic resource mobilization to enhance its ability to invest in key sectors of the economy.

The Minister further urged citizens to respond to the government’s efforts by being tax compliant.

In order to do achieve the set target for the RACE program, Dr. Bawumia, during the launch, announced the setting up of a mobile app to aid in the filing of taxes.

“We have addressed the issue of the narrow tax base by making the Ghana card number the TIN. This has increased the percentage of the adult population with a TIN from 4% in 2016 to 86% today. The question that we have is how to convert this 86% into actual taxpayers,” he noted.

“Thankfully, the Ministry of Finance and the Commissioner-General of GRA, working with the EMT have initiated work on a mobile application for the filing of taxes. I am happy to announce that the mobile application for the simplified filing of taxes should be ready by the end of October this year. The idea is to have a mobile app where all an individual or enterprise will have to input just a few pieces of information and tax due will be automatically calculated for you, and you can pay on your phone and receive a receipt immediately.”