China might be flexing its economic muscle with closure of Ningbo-Zhoushan port – Dr. Lord Mensah 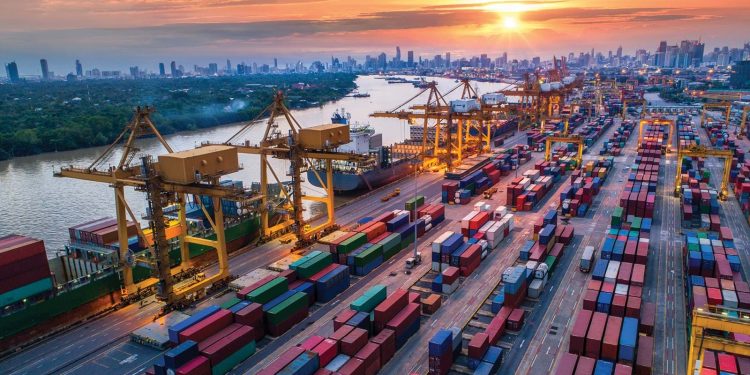 Economist Dr. Lord Mensah says China’s partial closure of one of its major ports may be another attempt by the country to flaunt its economic muscle.

A portion of the Ningbo-Zhoushan port was closed last week after a COVID-19 case was recorded at the facility.

Some argue though that this move might be just China flexing its economic ‘superpower muscles’ again.

“Let us not take it for granted the flexing of the economic superpower. China’s exports and imports are very huge across the globe. If you narrow it to Ghana, that’s the largest import source, about 4 billion dollars, and over, worth of import that we do from China. So, obviously, the understanding is clear.”

“This virus has its own biological implications but then, we should also understand that there is an economic undertone to it,” he stated.

China last Wednesday closed a terminal at Ningbo-Zhoushan after a worker was infected with the Delta variant of Covid-19.

The port in the eastern part of China is the world’s third-busiest cargo port.

This single move by the Chinese government will reduce the capacity of the port for container cargo by about  25%.

The closure is likely to affect supply chains ahead of the key Christmas shopping season.

It comes as the cost of shipping from China and South East Asia to the East coast of the US has already hit a record high, according to the Freightos Baltic global container freight index.