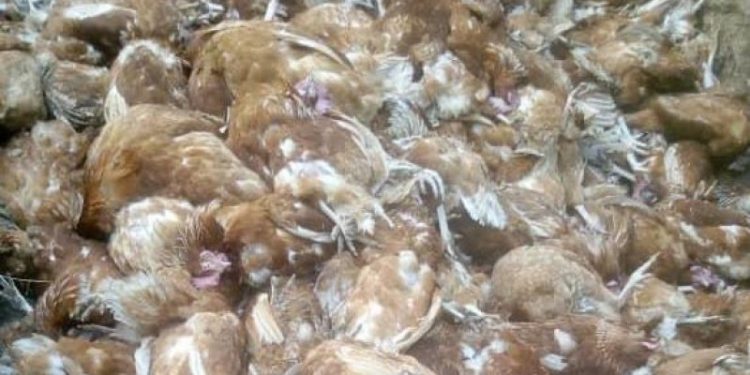 The Western North Regional Directorate of Agriculture has destroyed hundreds of birds affected by the H5N1 avian influenza.

The outbreak, which occurred in the Farm of Mr. Samuel Mensah Kwarteng in the Ahodwo community in Bibiani- Anhwiaso-Bekwai- Municipality of the Western North Region, is the first to be reported in the region.

Mr. Augustine Kwarteng, the Municipal Director of Agriculture, told the Ghana News Agency that, a phone call came through from the affected farmer on rampant deaths of his birds and was directed to bring some for a postmortem.

The postmortem results came out positive, hence, the birds were killed and buried with the disinfection of the farm to avoid further spread.

Meanwhile, the National Disaster Management Organisation (NADMO), Officer for Bibiani-Anhwiaso-Bekwai, Mr. Asante Agyapong has urged the public to be wary of dead birds and their consumption.

He said NADMO would ensure that such economic disasters were curtailed through engagement and education.

The owner of the farm, Mr. Samuel Kwarteng Mensah, appealed to the government, philanthropists, and banks to assist him with capital to revamp the farm.