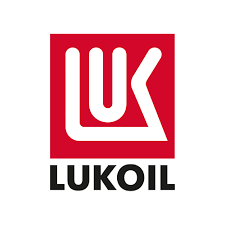 According to LUKOIL, being one of the main partners in the DWT/CTP project, with a 38% Licence Interest and a 42.22% Participating Interest, it has not been aware of and engaged in discussions about the plans of its partners to sell the stake and change the operatorship

Other partners include LUKOIL with 38%, Fueltrade with 2% and the Ghana National Petroleum Corporation with 10%.

But according to LUKOIL, as the second-largest shareholder in the bloc, it has been kept in the dark.

In a statement addressed to the Energy and Finance Minister’s among others, LUKOIL said it strongly believes that the proposals of its partners to sell some stake and change the operatorship of the bloc, may introduce significant risks for the project execution and schedule.

In order to avoid any negative consequences for the DWT/CTP project, LUKOIL said it shall be directly involved in the discussion of such fateful issues as the sale and acquisition of Aker Energy’s share, the resignation of the Operator of the DWT/CTP project and appointment of a successor as well as further project financing plans, so as to ensure further sustainable development of the project in the interests of all stakeholders.

The company further urged the Energy Minister to note that all activities regarding the sale and acquisition of Aker Energy’s share, the resignation of the Operator of the DWT/CTP project and appointment of successor and further project financing plans are subject to revision and/or approval in accordance with the provisions of Joint Operating Agreement dated 9 July 2015 (JOA).

The DWT/CTP deal is part of the $1.6 billion deal, which has been met with stiff opposition from some 15 civil society organizations who say Ghana is been short-changed.

They argue that although the contract to give GNPC more oil stakes is in order, but the value at which the deal is being reached is a threat to the country’s economic and fiscal prospects and must be looked at again.

However, the GNPC on the other hand is insisting that the deal is the best for the country.