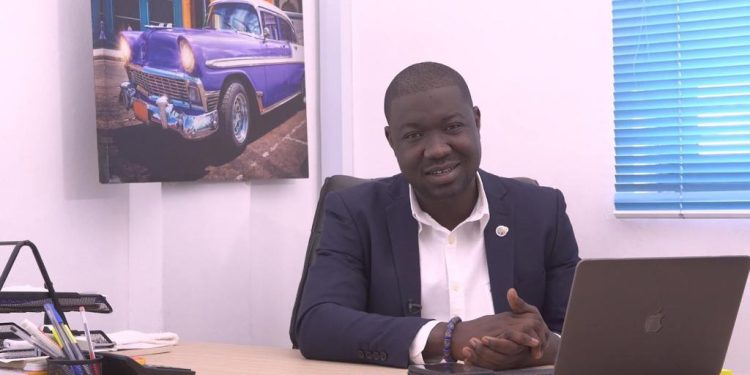 In all my years of experience, dealing with squatters is one of the phenomena that I dread. It can be a very difficult, slow and tortuous experience that can mess up your investment. It can throw your project schedule out of gear and incur unnecessary costs that are painful to pay.

Interestingly, this experience is not limited to Ghana, it is a global phenomenon that many in the Real Estate space, including lawyers, do not find amusing.

There is a story of a client who almost lost a property his late father left behind because the caretaker lived there for about 15 years after the demise of the client’s father. Throughout the 15 years, the client and his siblings had been reminding the caretaker to find a place and relocate, but because there was no show of force, the caretaker stayed.

In the end; when the client was ready to renovate and occupy the property, this caretaker did not want to move. With the excuse of not having money to get a new place. He first pleaded for a six-month grace period. He then asked for a year; that also elapsed, but he still remained in the property with his family.

At the end of the day, this client had to find money and rent a place for the caretaker and also give him some parting token (money). This arrangement was reached after several months of negotiation and arbitration between the caretaker, the client and some elders of the community.

The client took this approach because he did not want a hostile approach nor wanted to get the court involved. He was just magnanimous despite the posture of the caretaker. This is just one of the nemeses of harbouring squatters in your property. There are the worst situations that end up in court for years. In some instances; lives and properties are lost.

In the subsequent paragraphs, I will do well to explain how people become squatters and how to deal with them or peacefully and tactically eject them without much hustle.

Who Is A Squatter?

From my experience, a squatter is a person who lives or occupies a property; building, land or space without the legal right to do so. Such a person usually does not pay rent or property rate. He or she may be using the property as his or her home, for farming or business, but without any legal right or lawful permission to do so.

It usually starts with one person and before you know it you have an entire family or even a community. There are several scenarios, but let me share this. In the Akan dialect, it starts with “dor pra pra” to wit; weed and sweep the property.

This is when someone offers to be weeding and sweeping the property for you or you give them that permission to do so. Before long, they become “hywe so mame” to wit; care for my property.

At this point, the person may have moved onto the property either as a home or a space for running a business or a farm. As time goes on he or she brings a partner. Then you will have children and other siblings coming to live in or on the property, usually unused land, uncompleted buildings or in some cases completed.

For the properties that are at ideal business locations, one tabletop business turns to several streams of kiosks and container shops. Although these people may not be paying rent or property rates, they may be paying some tolls to the local assembly for business sake.

Then you have tenants whose rent runs out; yet continue to inhabit the property. Since the owner may not have immediate use of the property, he or she looks on and these tenants become squatters; living there unlawfully without any contractual agreement.

The problem is not even about the people living there; after all, it is a good gesture to help others, but the refusal to move out when you have urgent need of the property. The menace happens day in day out across the country, from a small space in front of a house at Koforidua, to an uncompleted property at Tamale or a big commercially viable land at Agbogbloshi.

Prevention is Better than Cure

I am not sure who came up with the expression, “Prevention is better than cure.” For what it is worth, it is the best advice and best strategy to employ to avoid the unfortunate squatter menace.

The moment you acquire a property, take active and open possession of it by mounting pillars on the boundaries and signposts to indicate ownership. Then ensure all documents pertaining to the property are legitimate and well secured.

If you have the means; fence your property and hire a security man to guard it. Or if it is unused land, turn it into a farm yourself until such a time you are ready to use it for whatever purpose you desire.

Rent or Give Short Term Lease of the Property

Another thing is to also rent it out. Even if you do not need the money, you can rent it out at a very small amount and have a tenancy agreement signed to that effect. Also, take the payment and issue out a receipt. You can decide to dash the money back to the tenant or any other person as a gift. But, make sure you have initially taken it as rent and issued a receipt to that effect. That way, anytime the tenancy is due, the occupant is reminded that he or she is there as far as the tenancy requirements are satisfied.

Better still, lease the land for a short period as per the time frame that you may not be in need of the property.

If you do not want to do any of the above and want a caretaker to handle the property, that is also fine. However, make sure to give the caretaker some documented permission. If it is oral, make sure there are witnesses. The same applies to a written caretaker agreement. The agreement should state the expectations and limitations to be adhered to by the caretaker.

A License of Occupation is a legal agreement that authorizes a person to temporarily occupy land for a period of time as stated in the terms of the agreement. Thus, it gives one the right to enter upon and use a property; building or land temporarily. This agreement does not give the occupant an exclusive right to possess the land and it is subject to renewal as prescribed under the agreement. Note that this differs from a “Lease”. You can prepare this license of occupation for a caretaker too.

Please note that to be on the safer side let a lawyer help you to prepare all legal documents between you and the occupying parties. Believe me, it is cheaper to deal with the right legal and real estate professional counsel than to be caught up in the squatter-landlord rift.

This is the main crust of the squatters menace. Otherwise referred to as “squatter’s rights”, adverse possession is a legal principle in common law under which a person who does not have legal title or rights to property; building or land will be able to claim or acquire ownership based on continuous possession or occupation of the property. This is possible when the legal owner does not contest the illegal owner or reclaim his property within a specified period of time-based on the jurisdiction of the incident. In Ghana, it is a period of twelve years.

Note that adverse possession does not apply when a person has been a tenant, caretaker or has a license of occupation for more than 12 years and decides to take possession afterwards. The adverse possession takes effect if after refusing to adhere to the tenancy or license the parson begins to take some initiatives on the property as though he or she owned it. Apart from this, it is just a mere default in a tenancy that requires simple eviction.

Kojo Anan Ankomah; a respected Lawyer in Ghana said this in a Facebook post on adverse possession some months ago (April 7, 2021); “There is no way a person who is on your land with your permission/consent (such as a caretaker or other licensee), can successfully assert adverse possession and end up owning the property, except that possession with consent, later turned into adverse possession that is open and visible to the real owner, eg where the owner revokes the license but the possessor refuses to leave.”

“Then the real owner must go to court within 12 years of the revocation, else the owner would lose the land to the former possessor with consent who became an adverse possessor (a squatter) when the consent was revoked.” According to him, the Supreme Court has stated several times that an “occupant cannot be a licensee of the rightful owner and simultaneously assert adverse possession against that owner.”

He further stressed that “It is not that simple or easy to assert adverse possession. It does not just apply to any possession of another’s property. It applies only if the legal owner of land sits by unconcerned and does not challenge in court, a person who is in possession of the property in a manner that is adverse (hostile, contrary, antagonistic, adversarial) to the interest of the legal owner; then you will lose the right to recover from that person, but only after 12 years.”

If you have followed all the necessary ways of engaging an occupant, ejection should not be difficult. Should you find the need for your property or the period of occupancy has elapsed, just serve notice to the occupant and take over.

You may give them a grace period to pack out. If they still refuse to leave, you can notify the Police and show them evidence of whatever agreement between the parties and they will assist you.

You can also seek official help from the district or municipal assembly that oversees the jurisdiction of the property to eject the squatters.

In the case of adverse possession, one must just go to court within 12 years of the revocation of the legal owner’s rights (in the case of Ghana) to remove the person from the property.

Note that, without valid documentation of your property, it will be difficult to assert your right of possession in court or any statutory agency (police, district and municipal assembly) for that matter. So always ensure your ownership is well backed by irrefutable evidence.

Do Not Infringe on the Rights of Squatters

Despite the frustration that squatters can take you through in securing your own property, one must not do anything to harm them or put their health and life at risk. Doing anything that will put them in danger is also unlawful and punishable by law.

One cannot lock them out or cut them off utilities without due process. Do well not to threaten their lives or cause any kind of physical harm. If they refuse to comply with eviction directives by the court, alert the Police to help you enforce the court’s order.

No matter the situation, be calm and follow due process as advised above and you will legally and appropriately eject them.

Use 2022 budget to reduce revenue and expenditure gap – Government urged

Use 2022 budget to reduce revenue and expenditure gap - Government urged