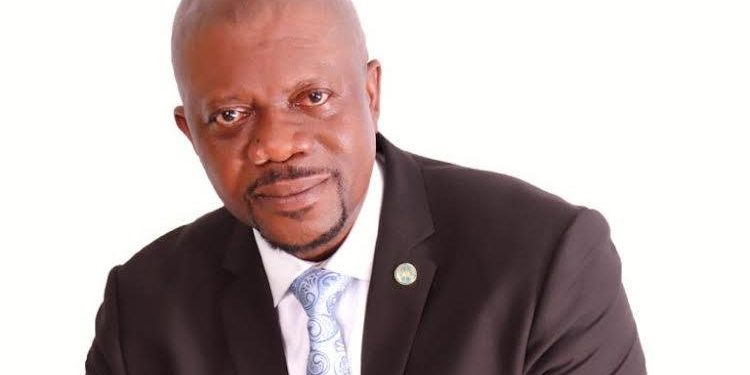 The announcement came rather inconspicuously, but there was no ambiguity about it. When the time came to get someone competent to captain Ghana’s electricity power transmitter, Ghana Grid Company Limited (GRIDCo), Engineer Ebenezer Kofi Essienyi was settled on as the Chief Executive Officer. The news splashed all over the electronic and social media, eliciting some excitement and adrenaline rush into the employee base of the company and his former VRA colleagues. It had been a steady rise to the top for the man whose moniker is even associated with the power sector.

“Sombo” (short for Akosombo) is the affectionate name tag for the new GRIDCo CEO amongst staff and his peers from his high school days. A little over six feet tall and with a gait that immediately screams authority, Engineer Ebenezer Kofi Essienyi is a well-liked figure within the company. He is the sort of man who easily exudes “menschkeit” amongst his peers.

Growing up as a young precocious boy on the compounds of the Volta River Authority (VRA), Ebenezer had a rare privilege of embracing the dictates, workings, and transformational journey of Ghana’s leading power generator, VRA. His father worked for the famous Akosombo hydro plant. Ebenezer made friends all over the Akosombo complex, where the employees of the company were housed. He saw the efforts of his father and neighbours to establish a company that will stand the test of time and support Ghana’s socio-economic development. He was reminded time again of how his very survival depended on the smooth
functioning of the power generator. It was a no-brainer for him as to his career path.

When the time came for secondary school education, he was under no illusion the discipline to pursue. He entered Mfantsipim School in Cape Coast in 1982 and was selected Elective Science for Sixth Form, in line with his dream to become an Electrical Engineer and work for VRA. It was a dream reserved not for the faint-hearted. Cape Coast opened a new world before him – strange and yet colourful. When he exited the Kwabotwe gates in 1989, he was a refined young man with a keen sense of competition and success. At Kwame Nkrumah University of Science and Technology (KNUST), Sombo joined a crème-de-la-crème of students poised to make an impression in the Electrical/Electronic Engineering class and successfully completed in 1994. He displayed all the trappings of a chap hallowed by the traits of a high achiever. He breezed through without much help and finally heaved a sigh a relief. At last, the time had come to emulate the exploits of his hero – his father.

He joined VRA in November 1996 as a Management Trainee (Assistant Electrical Engineer) and rose through the ranks. At the height of the power sector reforms in the mid-2000s, it was decided that the transmission aspect of VRA should be hived-off to form a separate company.

GRIDCo was formed in 2008 to undertake all the transmission operations within the power sector. Ebenezer Essienyi’s ’s leadership qualities were identified as instrumental to the new organisation, so he joined as a Principal Electrical Engineer and got promoted to Designs and Standards Manager. When the power crisis of 2012 in Ghana was in full force, it was the likes of Ebenezer, his colleagues and the GRIDCo leadership who teamed up with their counterparts from the generation and distribution sides to control and maintain power stability. Power remains a precursor to economic development and in Ghana, it is crucial to the very
survival of every governmental regime.

In 2018, when the Chief Executive at the time, Jonathan Amoako-Baah (JAB) reached an agreement with the Board to step up some Managers into Directorship positions, Ebenezer was elevated to the position of Technical Services Director. It was a role he relished and played well. He led by example, rallying his team around him, and proving a force that attracted influence and inspiration. In 2021, when Jonathan’s tenure of leadership was approaching a successful end, there was the critical need for a choice that will ensure continuity and a steady
grip. The appointment of Ebenezer rivetted across the stakeholder and media landscape.

Earlier in 2021, GRIDCo was in the spotlight due to several projects it was undertaking to tighten the transmission sector and ensure sustainable, reliable, and uninterrupted power supply. If ever there was an issue that could rile the angst of many Ghanaians, it was power outages and the projects initiated in the sector earlier this year proved this. With that chapter now behind the sector, the attention turns to harnessing the new opportunities available to it, including external funding, government support and internal cohesion with harmony to deliver an industry that leads by example in Ghana and in the sub-region.

Ebenezer Kofi Essienyi knows all too well that he has been handed a daunting task. At a recent retreat organised by the GRIDCo Board and the Management team, he was supported by the Board Chairman, Ambassador Kabral Blay-Amihere (KBA) to craft a strategy that will ensure sustainable growth, efficient people management and technological transformation.

There is no doubt that Ebenezer will have a great cloud of witnesses supporting and willing him on to success. The reconstituted Board of the company has some of the finest minds in the energy sector business and they will be expected to bring their overall expertise to transit GRIDCo to the next stage of industry leadership.