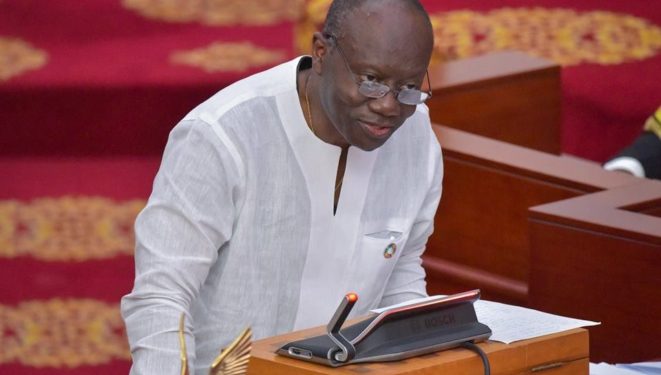 As part of efforts by the government to rake in more revenue for the country, government has slapped a 1.75 per cent levy on mobile money and other electronic transactions that exceed GH¢100 per a day.

The levy called ‘Electronic Transaction Levy or E-Levy’ is contained in the 2022 budget.

Delivering the 2022 budget statement and Economic Policy in Parliament on Wednesday November 17, 2021, Finance Minister, Ken Ofori-Atta noted that the levy when effective, will not affect people whose monthly transactions totalled GH¢3,000.

“After considerable deliberations, Government has decided to place a levy on all electronic transactions to widen the tax net and rope in the informal sector. This shall be known as the “Electronic Transaction Levy or E-Levy.” Electronic transactions covering mobile money payments, bank transfers merchant payments and inward remittances will be charged at an applicable rate of 1.75%, which shall be borne by the sender except inward remittances, which will be borne by the recipient.

To safeguard efforts being made to enhance financial inclusion and protect the vulnerable, all transactions that add up to GH¢100 or less per day (which is approximately GH¢3000 per month) will be exempt from this levy,” he said.

He also noted that a portion of the proceeds from the E-Levy will be used to support entrepreneurship, youth employment, cyber security, digital and road infrastructure among others.