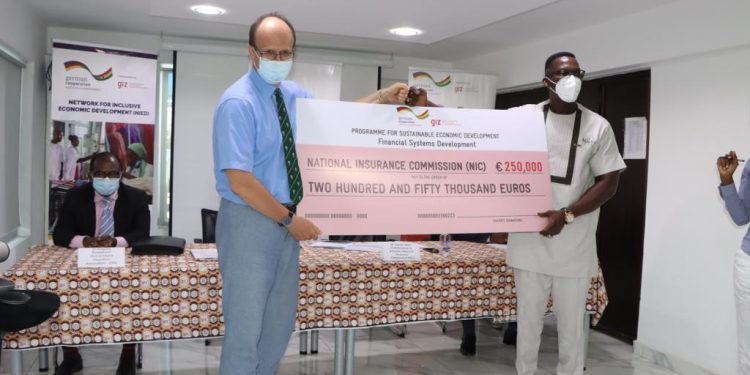 GIZ-Ghana, on behalf of the German Federal Ministry for Economic Cooperation and Development, has awarded a grant of 250,000 euros to the National Insurance Commission (NIC).

The grant, which was signed on Wednesday, November 17 at the GIZ Pinesquare Building in Accra, is expected to be of benefit to millions of micro, small, and medium scale enterprises (MSMEs) and low-income households in Ghana. 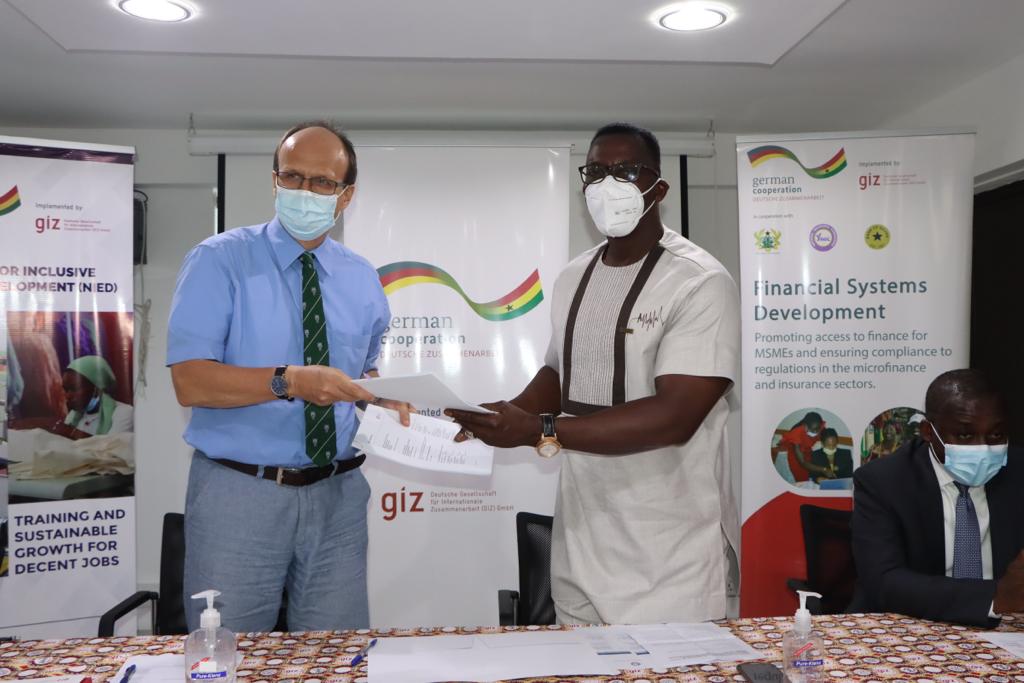 According to a World Bank report, MSMEs account for more than 70 percent of industrial activities in Ghana and contribute to about 70 percent of the Gross Domestic Product (GDP) of the Ghanaian economy.

Despite being important and contributing significantly to the socio-economic growth and development of the nation, MSMEs are confronted with the challenge of insolvency amid the COVID-19 pandemic; coupled with a lack of insurance policies to protect and support their businesses, they are rendered more vulnerable.

It is against this backdrop that the Deutsche Gesellschaft für Internationale Zusammenarbeit (GIZ) GmbH, on behalf of the German Government, and through the Financial Systems Development (FSD) component of the Programme for Sustainable Economic Development (PSED), awarded the grant to NIC.

The brief ceremony was attended by representatives of NIC, the Ghana Insurance Association, and Chief Executive Officers of life insurance companies to create awareness around the grant support to the NIC and to emphasize the need for future-readiness of such disasters. 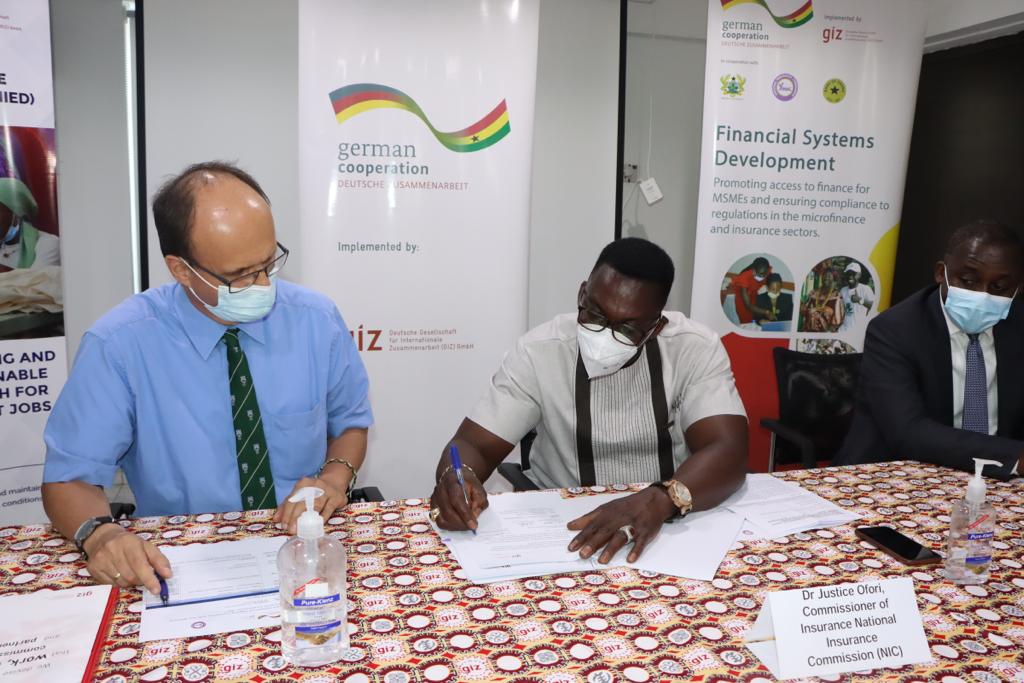 The National Insurance Commission has prioritised the growth and promotion of MSMEs and low-income households in its long-term strategy since 2019.

This is in line with the National Financial Inclusion and Development Strategy, which requires regulatory institutions to facilitate market development through the inclusion of excluded segments of the population by providing support to protect the low-income populations and MSME operators.

“The grant is expected to provide premium subsidies on hospitalization and isolation benefits to cover various medical expenses involved in the treatment of coronavirus and extend the same to the family of the life assured in case the policyholder passes,” noted the Head of the PSED at GIZ-Ghana, Detlev Axel Jahn, in his opening remarks.

The cooperation with NIC has already seen the award of a previous grant of 470,000 euros for digitalization initiatives intended to support the establishment of a database and the stability of the sector. 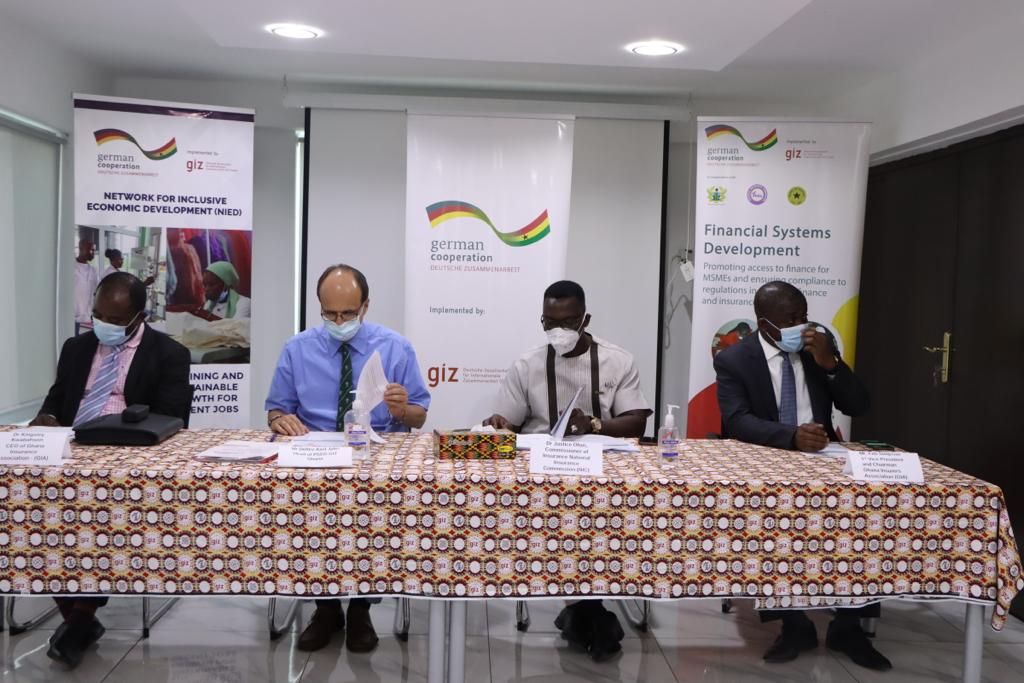