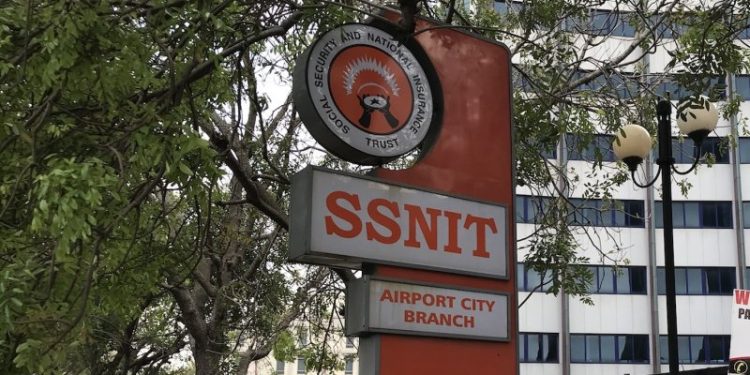 The African Centre for Retirement Research (ACRR), a non-profit policy research organisation, has called for an increase in the rate of Social Security and National Insurance Trust (SSNIT) contributions to sustain the operations of the scheme.

The centre, which focuses on retirement and pensions, said “the recommended contribution rate (cost rate) necessary to sustain the scheme for future generation is projected to increase from 12.3 per cent in 2018 to reach a level of around 17.4 per cent in next three decades.”
Mr Abdallah Mashud, Executive Director of ACRR, speaking at a media briefing on the theme: “Sustainability of the SSNIT Pension Scheme: Current Actuarial Status, implications and proposed policy responses” said the present contribution rate of 11 per cent was insufficient in 2018, to cover the expenditure of the scheme and called on parliament to review the contribution rate.
He said it was mathematically certain that the longer the present contribution rate of 11 per cent remained in effect, the higher the probability of failure of the scheme making it unsustainable.
Section 53 of the National Pensions Act, 2008 (ACT 766) stipulates that an external Actuarial Valuation of the SSNIT Scheme is carried out every three years.
This necessitated the conduct of two actuarial valuation exercises for the period ending December 31, 2014, and December 31, 2017, by the International Labour Organisation (ILO) and the Actuarial Department of SSNIT.
The Actuarial Valuation report, therefore, recommended the need to begin to plan for an increase in contribution rate in the short term to avoid rapid depletion of the scheme’s reserves and make it more sustainable for future generations.
Mr Mashud said from a policy perspective, increasing contribution rates would affect all covered workers, and therefore called on parliament to address the sustainability challenges in a timely manner by gradually phasing in the necessary parametric and legislative changes in order to give employers, workers and beneficiaries enough time to adjust to the changes.
Analysing the Actuarial Report, he said even though the report called for an increase in the retirement age from 60 to 62 over a 12-year period, starting 2025 to 2037, ACRR was of the opinion that considering the SSNIT pensioners’ post-retirement mortality pattern, increasing retirement age by two years would result in more members dying in service instead of a pension.
He said given the generosity of the survivor benefit formula, increasing retirement age might offer little help in relieving pension payment pressures unless the survivors’ benefit formula would be adjusted.
The Executive Director said currently, adjusting the contribution rate appeared to be the ideal option as increasing retirement would offer little impact, adding that benefit cuts were not an option to consider.
He said to avoid levying an inequitably high contribution rate on future contributors, parliament must take action now by reviewing the present contribution rate for a financially stable scheme.
“Indeed, depletion of the Trust Reserves in 2037 is an outcome to be avoided and planning for the recommended increase in contribution rate is an activity that resides heavily on parliament,” he said, and further called on Parliament and policymakers to undertake the necessary steps to address the imbalance in social security finances of SSNIT.
Mr Sesi Seth Ametefe, Chairman, National Pensioners Association, said the cost of pensions was rising globally due to the changes in demographic and economic factors, including a rapidly ageing population, and therefore reiterated calls on policymakers to begin to consider proposals on pensions reforms to improve the long-term sustainability of the scheme.
ADVERTISEMENT
Source: GNA
Tags: Pensions ActRetirement BenefitSSNIT
Previous Post