The World Bank has charged the government of Ghana to prioritise the development of a roadmap that will return the country to a state of economic equilibrium that is credible in the eyes of stakeholders.

Ghana’s public debt has increased from GH¢ 299.1 billion at the end of 2020 to GH¢344.5 billion as at end of November 2021, leading to concerns about debt sustainability and the ability of the country to access the International Capital Market for more support.

As part of efforts to deal with the rising debt level and foster fiscal consolidation, the government has introduced and proposed some new revenue mobilization measures, including the controversial electronic transfer levy.

Steps are also being taken to rationalize expenditure, including a decision to cut 2022 expenditure by 20% across the board.

Commenting on the state of the Ghanaian economy and the way forward, at Ghana’s 73rd New Year School Opening ceremony, World Bank’s Country Director, Pierre Laporte urged the government to ensure its adjustment efforts are enough to restore macroeconomic stability without undermining social protection and the recovery of growth. 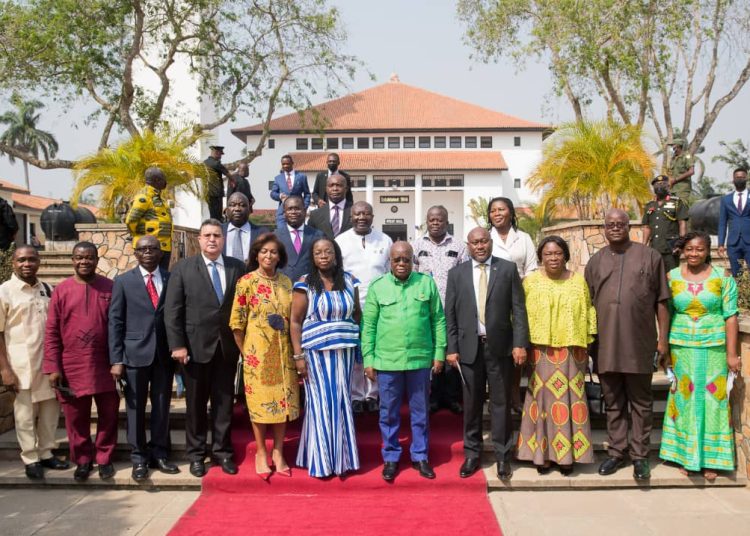 “The priority is to lay out a roadmap for returning to a state of equilibrium that is credible, which means that it will require efforts not only from creditors but also from taxpayers and the beneficiaries of government spending.”

“Again the challenge is to find a spot, to ensure that the adjustment is enough to restore macroeconomic stability without undermining social protection and the recovery of growth,” he added.