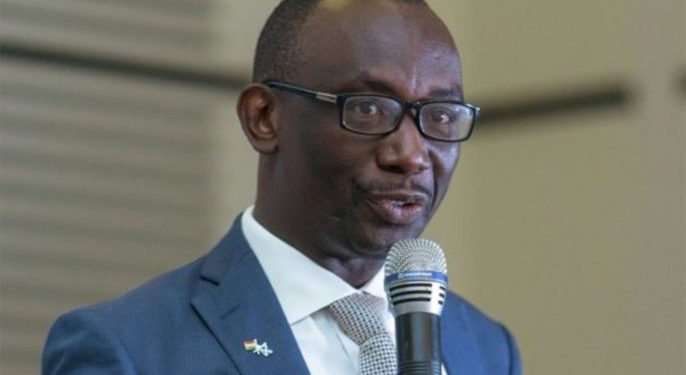 The Ghana National Petroleum Corporation (GNPC) has begun a series of engagements to inform, educate and solicit feedback from stakeholders as part of plans to decommission the Saltpond Oil Field, which is also Ghana’s first oil field.

A statement issued by GNPC and signed by its General Manager for Sustainability and Stakeholder Relations, Dr. Kwame Baah – Nuakoh, noted that the move is to assure Ghanaians that it is a law-abiding and socially responsible entity.

He noted that the engagements will continue in the coming weeks, stressing that “GNPC is committed to engaging all stakeholders identified through our mapping exercise and we are confident that the chiefs and people will join the Corporation to undertake this important project to save the country from any potential disaster”. 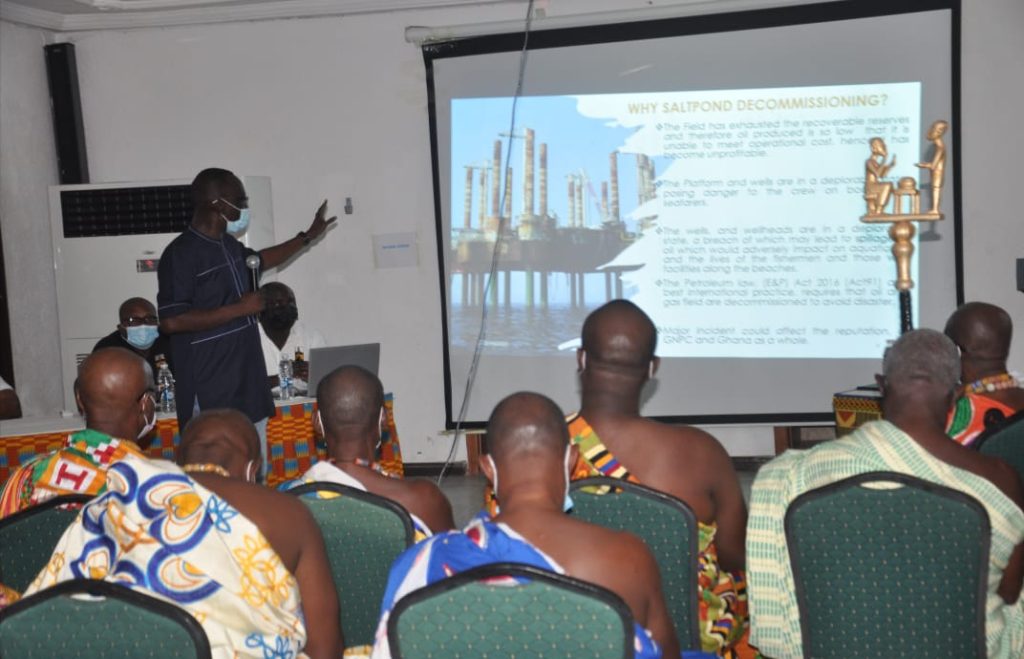 Dr. Baah–Nuakoh further indicated that the decommissioning project will be executed on behalf of GNPC by Hans & Co Oil and Gas Ltd, a wholly-owned Ghanaian Oil and Gas, Engineering, Construction and Civil Works Company.

“We believe in the competencies of our local companies and that is why after going through the procurement processes, we settled on Hans & Co Oil and Gas Ltd which has a proven track record of employing industry best practices in the execution of all their projects, that ensure effective socio-cultural and environmental stewardship,” he said. 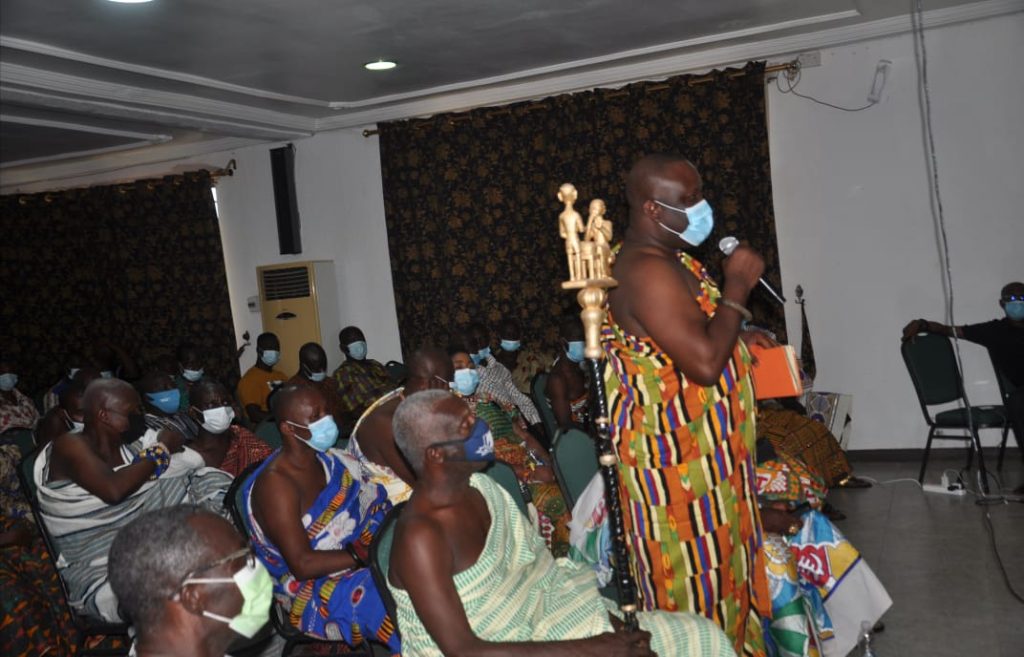 On the issue of perceived resistance to the decommissioning works by the impacted communities, he stated that “naturally you should expect the fisherfolk and the communities to have some sentimental attachment to the field. However, the current state of the platform is a potential disaster, and we need to decommission it to save human, aquatic life and the entire coast of Ghana”.

Explaining what is involved in the decommissioning, Dr. Baah–Nuakoh pointed out that the project will involve – Permanent Plugging and Abandonment of the six (6) wells drilled during the project, removal & dismantling of the Mr. Louie Platform, the installation of navigation buoys with marine light in compliance with Internal Maritime Organisation laws, and the Disposal and management of waste.

At a public meeting organized at Manna Heights in Mankessim and attended by the chiefs, MP, MCE and keys stakeholders of Mfantisman, the Chief of Kuntu – Nana Kwesi Brebo III, who chaired the gathering called for support for the planned decommissioning indicating that he expects GNPC to conduct its activities in an environmentally friendly manner whilst minimizing the impact on the fisherfolks who depend on the sea for their livelihoods. 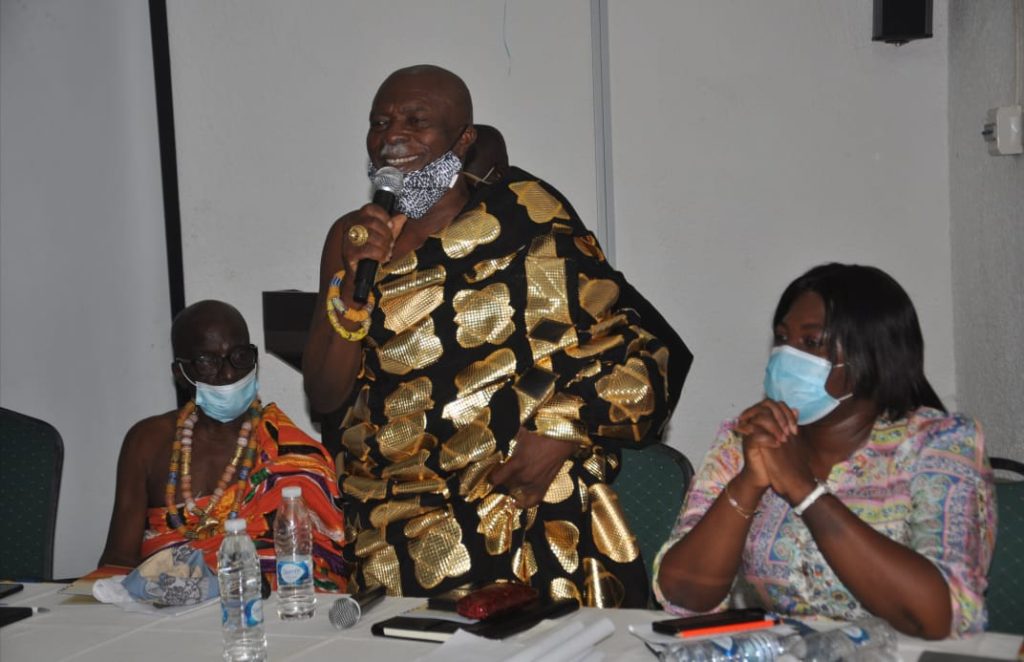 He advised GNPC to regularly engage the key stakeholders at every stage of the decommissioning to reduce suspicion and tension.

Key stakeholders who have been engaged include the Central Regional Minister’s office represented by the Chief Director, MP for Mfantisman – Hon. Ophelia Hayford, the Chiefs and people of Mfantisman, Ekumfi and Cape Coast, Security heads, Canoe Owners, Assembly men and women representatives of CSOs, CBOs, NGOs and the media in the Central Region.

Other institutions to be engaged are the Fisheries Commission, EPA and the Ghana Maritime Authority.