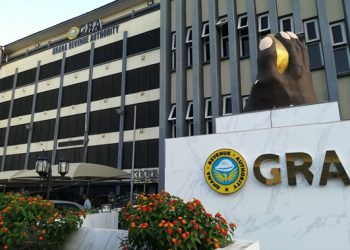 The Ghana Revenue Authority (GRA) has begun preparations towards the implementation of the yet-to-be approved electronic transfer levy.

Although the bill for the controversial levy is still under consideration in Parliament, a letter signed by the Commissioner-General of the Authority hints that the revenue collection entity is already developing a monitoring platform for the full implementation of the e-levy.

In the Electronic Transfer Levy Bill 2021, the Ghana Revenue Authority is named as the authorized entity to administer the levy in accordance with the Revenue Administration Act 2016 (Act 915).

The levy shall also be collected by the GRA as established under the Ghana Revenue Authority Act 2009 (Act 791), according to the Bill.

The document also states that the Commissioner-General may issue administrative guidelines as may be required for the efficient and effective implementation of the Bill when passed into law.

The GRA’s preparation towards the passage of the e-levy bill is in line with the provisions made in the bill presented to parliament in December 2021.

In the letter signed by the Commissioner-General, Rev. Dr. Ammishadai Owusu-Amoah, and sighted by Citi Business News, the Authority has directed its partner, the ARB Apex Bank to ready itself for the implementation of the levy as soon as the Bill is passed into law.

The letter further states that the implementation of the bill will be undertaken in three phases. This is to enable the GRA to adequately factor the new tax into its revenue collection regime.

In this regard, the Authority is already developing a monitoring platform for the full implementation of the levy and would soon invite its partners to collaborate with its Technical Team for successful execution. 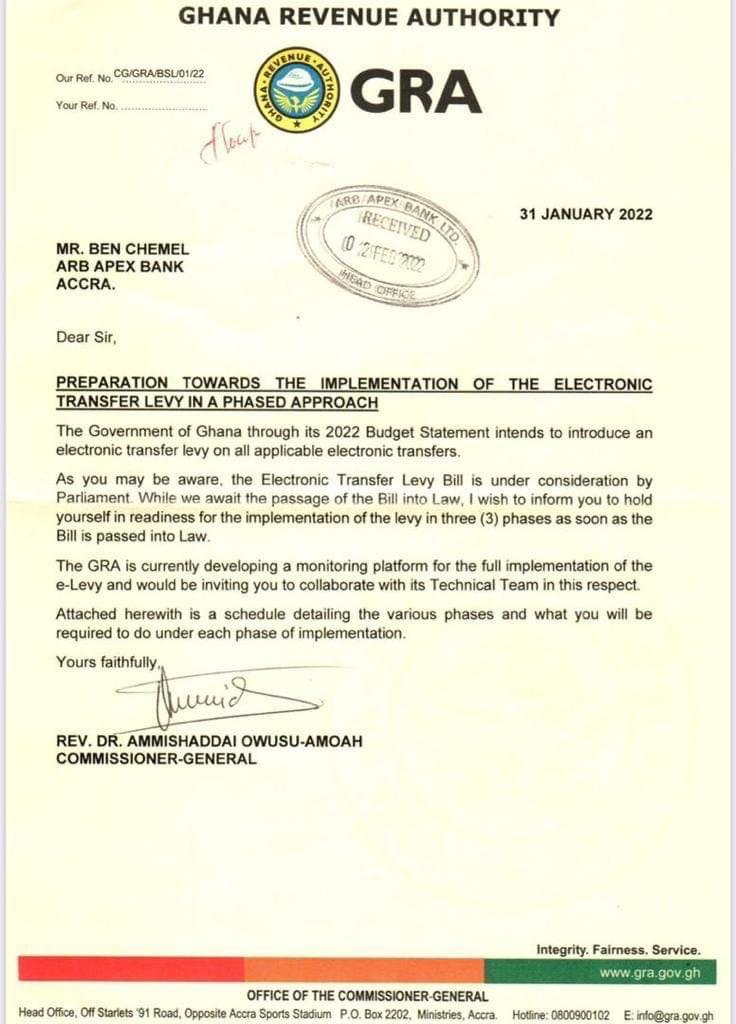 This development comes at a time when the government continues to embark on a sensitization program on the e-levy amidst continuous resistance from different quarters over the implementation of the levy.

Although several stakeholders are calling for Ghana to head to the International Monetary Fund (IMF) and abandon the e-levy, the government maintains e-levy is a better alternative to a potential return to the Bretton Woods institution.

Valentine’s deals that cut through the 'noise'.