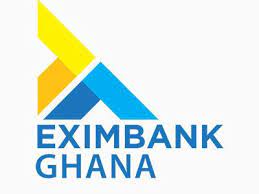 As part of efforts to develop the agric sector, the Ghana Export-Import Bank, is urging Government to consider imposing export levies on some specific agricultural commodities, such as cashew sector.

According to the Ghana EXIM Bank, this move will serve as a source of revenue for Government.

Speaking on the sidelines of a stakeholder forum on export trade organised by the Ghana Export-Import Bank, Manager in Charge of the Export trade at the Ghana EXIM Bank, Judith Aikins noted that the move will also protect domestic industries.

“We are asking the government to assist exporters with export levies. They should come up with policy reforms in [the form of] export levies. For example, our neighbouring French countries have export levies such that they are not able to export cashew from their country, so they can’t pay because of the levies imposed on them. So, Ghana should do the same. And it’s notable to note that Ivory Coast made close to about 134 million USD in 2019 in that regard. So, these are revenues that Ghana can benefit from. These are extra revenues we can earn as a country, if our neighbouring countries are doing that we can do that as well,” she said.

Ghana is among Africa’s major producers of cashew nuts. The country currently produces around 85,000 metric tonnes of raw cashew nuts each year.

This accounts for about one percent of the worlds’ total production.

Cashew production in Ghana dates back to the 1960s, with production for export markets expanding in the last decade.

Despite this, there are a number of challenges that hamper local processing of the commodity in the country.

These conditions leave Ghana off the field, thereby missing out on major opportunities for jobs and revenue generation.

Recent studies show that governments in key cashew producing countries across Africa are increasingly introducing strategies to increase both the production and processing of raw cashew nuts.

Revenue from this tax is then used to subsidise and support local processors.