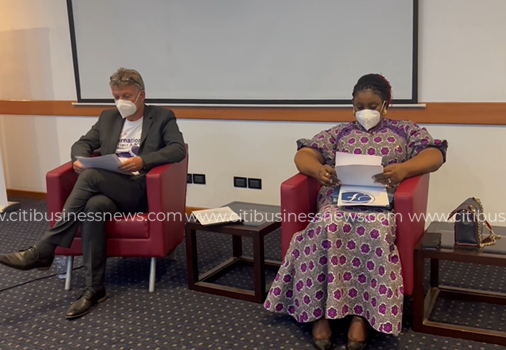 Women constitute a major part of small-scale informal cross-border traders who face major obstacles in moving their goods across the borders.

These obstacles include lack of knowledge of border procedures and lack of finance among others.

As women all over the world are being celebrated, a Deputy Minister for Trade and Industry, Nana Ama Dokua Asiamah-Adjei, has underscored government’s resolve to prioritize the roll-out of gender-sensitive trade policies that will allow for women to take advantage of the opportunities that come with cross-border trade especially with the African Continental Free Trade Area (AfCFTA).

Speaking at a sensitization workshop for women in cross border trade organized by the Ministry of Trade and Industry in partnership with GIZ Ghana, the sector Minister said, “It is important to note that as part AfCFTA phase two negotiations, the Council of Ministers have received and approved the terms of reference to commence negotiations on protocol on women and youth.”

She continued, “The expected benefit of the new protocol include the following; to mainstream and amplify the gains of women and youth-led businesses who predominate the MSME ecosystem of all the state parties to the agreement, to guarantee targeted approach for the provision of capacity building, investment and advocacy to African MSMEs, and to ensure that the AfCFTA works for African women and youth. This is an indication that at both national and continental levels, issues relating to women in cross-border trade is if high priority.”

The Coordinator for the Network for Inclusive Economic Development (NEID) cluster at GIZ Ghana further highlighted the need for women participation in all sectors of the economy.