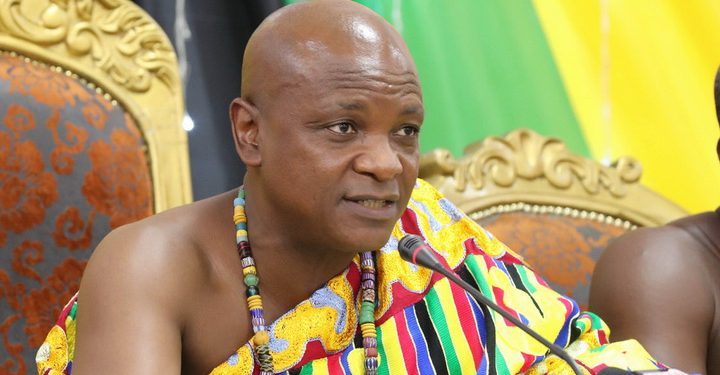 The Paramount Chief of the Asogli Traditional Area, Togbe Afede XIV, is urging the Bank of Ghana to speedily put in place measures to curb the continuous rise in inflation in the country.

According to him, the current approach is not yielding the expected outcomes.

He has thus called for a relook at the approach to help tackle inflation as a country.

Speaking to the board of the National Petroleum Authority who paid him a courtesy call, Togbe Afede XIV said the Central Bank is veering off its core mandate of ensuring price and exchange rate stability as their contribution towards the realisation of the macro-economic objectives of growth and job creation.

“Bank of Ghana (BOG) has always tried to fight inflation with high interest rates, but it has not worked. The problem is they increase interest rates based on recorded inflation, among others, which is effectively past price changes, instead of expected inflation. Their approach inadvertently transmits past trends into the future, in a self-fulfilling prophecy.

We need, as a nation, to look critically at how we fight the battle against inflation. Assuming interest rates are raised again today, your sector participants would also need to increase their prices because they need to transfer the extra cost of funds to consumers in order to maintain their margins. Our interest rates are already very high. So I’m surprised some are already calling for an increase in the policy rate. It just will not work!” he said.

He also called for a look at the high profit given by the Bank of Ghana in 2020, which he believes is a result of the high interest rates that are costs to other sectors of the economy.

“The banking sector is making huge profits. Absa reported a profit before tax of GHS1.1 billion, while Ecobank and GCB reported after-tax net incomes of close to GHC600 million last year. BOG itself made GHS1.57 billion ($270 million) in 2020, about four times the profit that the Bank of England made. Bank of England presides over a $2.7 trillion economy. Ghana’s economy is only about $72 billion, about one-fortieth, yet our central bank made so much money, sadly, from the high interest rates that are costs other sectors have to bear,” he added.

He further bemoaned the state of industries in Ghana, because most important sectors are owned by foreigners which he believes does not augur well for Ghana.

‘If you look at our economy, including the oil and gas sector, you will realize that the bulk of it, unfortunately, the most important sectors, are owned by foreigners. So, a huge chunk of our earnings accrues to foreigners. Our mining, banking and telecoms sectors are dominated by foreigners. Thus, large movement of funds out of these sectors, for dividend payments, for example, wipe out our trade surpluses, and invariable, we suffer deficits, with adverse ramifications for the cedi”.