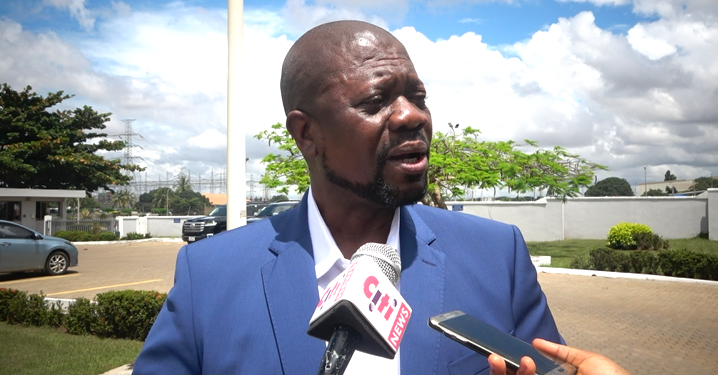 The Ghana Grid Company Limited (GRIDCo) is still advocating the relocation of the AMERI plant from Aboadze in the Western Region to Kumasi in the Ashanti Region.

Following the takeover of the power production plant by government earlier this year, the government disclosed its strategic plan of relocating it to Kumasi to improve the reliability of power supply in the middle and the northern sections of the power grid.

But that has since not been done.

Chief Executive Officer of GRIDCo, Ing. Ebenezer Essienyi, on the sidelines of a study tour by the Ugandan Electricity Transmission Company Limited, told Citi Business News his outfit is still looking forward to the relocation to save on transmission loss cutbacks in the power distribution sector.

“We are looking forward strongly to VRA relocating the AMERI plant to Kumasi. It is a game changer that will reduce our technical losses significantly. I know the gas pipeline that’s being constructed ultimately can do about 600 plus megawatts in Ashanti Region. We really want to see generators go. Normally, it’s preferred that the generator is close to the load.”

He added, “Typically, it’ll be okay if I can get a generator close to your house but for bulk customers, it is better that you send it to the load centres. Accra is the biggest load centre. The next place is Kumasi and its environs. So when we get generation there, our technical losses will definitely go down and it’ll help with our voltages.”

The Government of Ghana officially handed over the operations of the AMERI Power Plant to the Volta River Authority (VRA) after a transfer of ownership by the AMERI Group, to Government on January 20.

The 250-Megawatt (MW) Africa and Middle East Resource Investment (AMERI) Thermal Power Plant is expected to be transported to Kumasi this year to boost and stabilise the power system in the northern sector of Ghana.

Till now, the government is yet to present the relocation contract agreement before Parliament for approval.

Recently, the Minister for Energy, Dr. Matthew Opoku Prempeh, stated in Parliament, in response to a question on the contract sum, that it would not be appropriate to disclose the cost yet, since the contract is yet to be signed.

In efforts to strengthen partnerships between Ghana and other African countries to better the power distribution sector, GRIDCo has began cooperation with Uganda to develop the technical competence in the management of their power transmission network to enable it to deliver sustainable and reliable power to its citizens.

This was disclosed when the Ugandan Electricity Transmission Company Limited (UETCL) made a three-day visit to Ghana to go on a study tour at the Ghana Grid Company.

An eight-member delegation from Uganda led by the Chairman of the UETCL, Kwame Ejalu Ejuku, will be engaging with GRIDCo and other power sector players on project implementation in the face of challenges, capacity building among others.

GRIDCo, on the other hand, is expected to enhance the technical capacity of the visiting team by sharing knowledge and best practices on transmission infrastructure, operations, mitigating vandalism on grid towers among other technical expertise that will be relevant to the delegation.