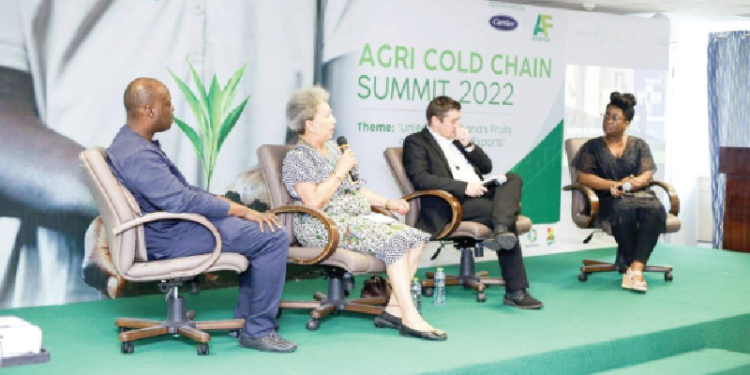 Horticulture exporters have been challenged to take advantage of the looming shortage of fruits and vegetables in Europe as a result of the raging Russia-Ukraine war to maximise their gains.

The Country Manager of the multi-national airport handling company, Swissport, Chris Goodsir, who made the call, explained that the war was creating an energy shortage in Europe resulting in greenhouses used for growing fruit and vegetables reducing their hours of operation.

“This has resulted in a shortage of fruit and vegetables in Europe and this means that exporters of these crops in West Africa have an opportunity to sell higher volumes of exports to Europe but at higher prices, too,” he said.

This, he said, came at a time when Ghana was desperately in need of export-driven foreign exchange.

On the theme “Unleashing Ghana’s Fruit and Vegetable Exports,” the event, organised by FreezeLink, a cold chain logistics firm, brought together key stakeholders in the pharmaceutical and fruit and vegetable export sectors to discuss pertinent issues impacting on the horticulture industry.

He said one of his company’s partners in Zimbabwe recently began selling apples in the Democratic Republic of Congo at higher prices than it sold them in its traditional market in Singapore.

The Chief Executive Officer (CEO) of FreezeLink, Owusu Akoto, said the company was close to completing a World Bank-funded refrigerated fruit and vegetable terminal at the Cotonou International Airport.

He said it would enable farmers in Benin who produce chilli pepper, mango, banana, pineapple and pawpaw to export their produce to high-value international markets.

“Initiatives like the African Continental Free Trade Area (AfCTA) can only make their way from dreams to reality, if we have infrastructure that creates connectivity. Cold chain represents such vital connectivity for the food and healthcare sectors” he said.