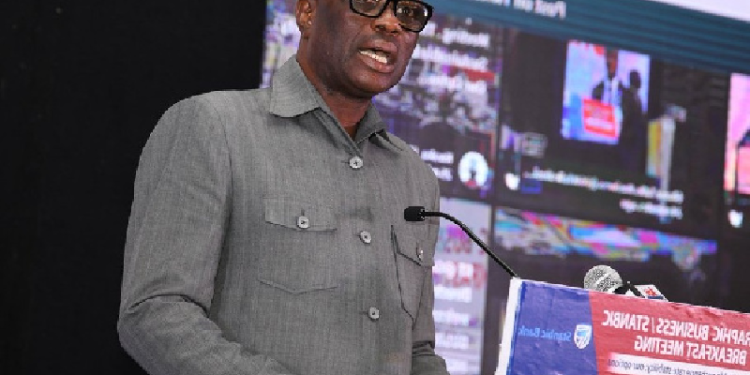 Trade bodies in the country have called for what they describe as “a profit retention policy” to regulate how much profit foreign investors repatriate to their home countries.

That, they believe, is one of the measures that is needed to be taken to stabilize the cedi against the major foreign trading currencies while re-energizing the economy for growth.

The trade bodies — the Ghana Union of Traders’ Association (GUTA), the Association of Ghana Industries (AGI), and the Ghana National Chamber of Commerce and Industry (GNCCI) —made the call when they met with the Parliamentary Select Committee on Trade, Industry and Tourism in Accra yesterday as part of efforts to help find lasting solutions to the country’s ailing economy.

At the meeting, GUTA, for instance, proposed that 70 per cent of profits should be kept in forex while the remaining 30 per cent is retained in local currency for reinvestment.

“It should be a take it or leave policy and I can tell you, they will not go away, looking at the huge profit they make,” the president of GUTA, Dr Joseph Obeng, said.

According to him, the current exchange rate was eroding their capital and making local companies non competitive.

That, he contended called for a stringent law by parliament to help reshape and restructure the economy.

According to him, the current investment law allowed foreigners to come into the business space without any hindrance which derailed local manufacturing industries and killed initiatives.

“Subsequently, we call for an amendment to the investment laws regarding foreigners in the retail market,” he said.

“Our economy is suffering and we must not open our doors wide for foreigners to only bring in any goods, thereby putting pressure on our limited forex,” he said.

Indeed, he suggested the establishment of an Economic Unit within Parliament that would aid coordination and avoid duplications in having a well-knit framework for a strong policy.

To him, an inter-agency coordination would help streamline and properly evaluate the challenges.

For instance, Dr Ayim-Darke said the deregulation policy in the petroleum sector had not achieved its intended result due to lack of coordination.

He said the common thread that ran through most of the presentations were for the country to drift towards an industrialization drive.

He called for an industrial law that would insist on zero rating (no taxes) on all raw materials imported into the country that would aid in value addition.

“There must be an interplay between the economic committee and key sectors because there’s so much revenue out there that once we deploy efficient technology, we can rake in the needed domestic revenues and correct all the cyclical issues relating to the forex,” he said.

All hands on deck

A Deputy Minister of Trade and Industry, Michael Okyere Baafi, said the country’s challenges called for an all hands on deck attitude to resolve it.

The Chairman of the Committee, Carlos Ahenkorah, appealed to traders in particular to consider lowering their prices which they did in times past to cushion Ghanaians.

Effective 2023, vehicles without right certification will not qualify for importation- GSA