Rwanda: MINAGRI Given Six Months to Recover Over Rwf11bn From Farmers 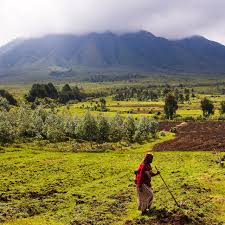 Members of Parliament (MPs) in the Lower Chamber have given a six-month deadline to officials at the Ministry of Agriculture (MINAGRI) to recover more than Rwf11bn worth of fertilisers that was loaned to farmers over the last five years.

The decision is one of the recommendations endorsed by the Chamber of Deputies yesterday as MPs approved a report of the parliamentary Standing Committee on Political Affairs and Gender about their analysis of the 2014/15 report by the Office of the Ombudsman.

The Ombudsman’s report, which was released last year, indicated that farmers across the country still owe Rwf11,062,039,460 to MINAGRI for fertilisers that were distributed between 2010 and 2015.

During their analysis of the report this month, MPs in the political affairs committee had called for tangible measures to recover the money, with some of them even suggesting that legal action against those not willing to pay should be considered.

Now their report has given only six months for the ministry to finish recovering the money, a decision which was endorsed yesterday by the entire plenary session of the Chamber of Deputies.

“It is easy for people to fail to pay the government because they have the mentality that it is always possible to avoid paying what you owe the government, so it’s up to the ministry to make required steps to recover the money so that people can change that mentality,” said MP Alfred Rwasa Kayiranga, the chairperson of the parliamentary Standing Committee on Political Affairs and Gender.

On top of recovering money from fertilisers, the MPs tasked MINAGRI to closely follow up how those who sell fertilisers ensure that they are stored in a safe place, whether they sell them on the approved prices, and how they ensure that farmers access the fertilisers.

In response to the MPs’ queries to recover the debt on fertilisers, the State Minister for agriculture told MPs early this month that plans were underway to recover the money, explaining that the ministry has commissioned an investigation to determine how much exactly is owed for the fertilisers and who is responsible for paying.

Tony Nsanganira said that a report of the investigation would be completed in a month, paving way for a process to systematically recover the money from farmers.

“Once the report is out, everyone involved in delaying the payments will be held accountable. If it is found out that some members of the private sector have a role in delaying payments of the money they could be taken to court,” he reassured the MPs.

Since 2008, the government embarked on a nationwide campaign to promote the use of fertilisers and different entrepreneurs were contracted to distribute the fertilisers to farmers who were expected to pay after harvest.

That’s how the over Rwf11 billion debt was accumulated amidst challenges to recover the money from the farmers who used the fertilisers but were not eager to pay afterwards.

Among other recommendations made by the MPs yesterday after analysing the Ombudsman’s report include a request for the government to execute all court decisions within six months, get those who have kept different government assets to return them within one year, and use the next six months to go after those who mismanaged different development projects financed by the government.