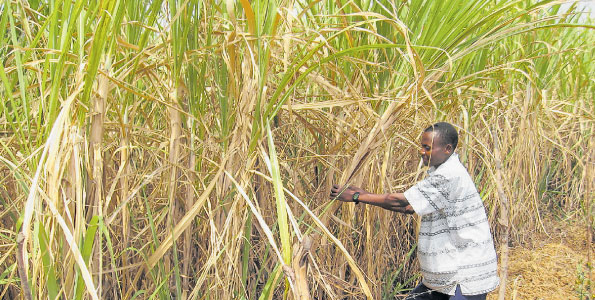 A Saudi prince has sued three Kenyans he accuses of forging his signature and transferring ownership of a multi-billion shilling food security company to themselves without his consent.

Prince Sultan Bin Nasser Bin Abdul Aziz Al Saud claims in court documents that his majority shareholding of 900 out of 1000 shares of the Arafco Agriculture Integration Company were fraudulently transferred without his consent.

The Kenyans are accused of using forged documents to execute their illicit scheme that transfered Arafco’s shares to Milestone Developers Limited with them as majority shareholders.

Prince Sultan says that being a foreign investor, he teamed up with three local partners — Mohammed Koriow Nur (six per cent), Mohammedulamin Mohamud (three per cent) and Mohammed Hirei Bare Ahmed (one per cent) — who had a cumulative 10 per cent stake.

“When we checked at Sheria House we found that they forged my signature to transfer the shares to themselves and that currently is subject of investigation by the Directorate of Criminal Investigations,” the prince says in an affidavit.

Court papers show that the wealthy Saudi crown prince was to invest $216 million (Sh21.6 billion) while the local shareholders were to contribute some $300,000 (Sh30 million) to the join project.

Prince Sultan says that he appointed, a local agent, Hassan Babakar Osman, to prepare a memorandum of articles of association in 2010 with the objective of setting up an agricultural investment in Kenya, partly financed by the Saudi government.

This, he says, was in line with the presidential initiative “calling for international businessmen to invest in food security by offering them land”.

The 16-year lease to the Saudi-controlled entity to cultivate sugarcane has also roped in former minister Fred Gumo, who was then in charge of Regional Development and who helped with “facilitating government approval of the project.”

The prince further states that he has been making regular payments of rent to ADC, through his local agent, Mr Babakar, and paying  workers on the ground while his local partners “have been busy changing shares.”

“I embarked on development of the leased land and have so far cleared 2000 acres for setting up of a ranch in readiness for the first phase of planting maize before embarking on the second phase of sugarcane and later setting up of a sugar factory and had initially employed 80 Kenyans.

I have invested US800,000 and I am waiting for the Saudi and the Kenya governments to sign a food security agreement,” Prince Sultan says.

Through lawyer David Okoyo Ondieki the plaintiff says that changes to the company’s shareholding structure were made at the Attorney-General’s chambers fraudulently.

“To change the company without the consent and knowledge of the majority shareholder as shown in the memorandum and articles of association is illegal,” the prince says. The plaintiff reckons that when he asked Mr Mohamud, who had three per cent shareholding, about the change of director and surrender of shares, he denied knowledge of the same and swore an affidavit in court.