Algeria: Economic Crisis Is Not Specific to One Country, Says President Bouteflika

The current economic and financial crisis is not specific to one country in particular and it is not the “consequence of failure” in Algeria’s internal economic approach, underlined President of the Republic Abdelaziz Bouteflika.

“The economic and financial crisis is not specific to one country in particular, notably in the globalized economy of the world. It is the response to the crisis which is different from a country to another, according to the degree of mobilization and internal consensus reached,” said President Bouteflika in a message of the occasion of the 54th anniversary of Independence and Youth Day.

The Head of State stressed that the country is “today facing the severe hazards of falling oil prices, a resource that still weighs heavily on our economy and our development as is the case for other oil producing countries.”

In this regard, he stressed that the crisis “is not the consequence of failure in our internal approach”.

Instead, “it is the conservative national decisions taken in past few years, notably the significant prepayment of external debt, including the military debt,” that allowed Algeria “to take a qualitative leap in upgrading the capabilities and facilities of the National Popular Army, a worthy successor to the National Liberation Army,” added the Head of State.

Besides, insisted Bouteflika, “we have decided not to recourse to foreign loans, and cautiously managing our reserves of exchange, which enabled us today to cope with the financial crisis and engage the necessary adjustments, taking into account our own realities and the social options of our country.”

The President suggested that the current crisis “will be an opportunity to accelerate our collective reaction to break with the comfort of the (oil) revenue and with the inertia of the bureaucracy, and also to restore the value of work that our religion sanctifies and that our development requires.”

For him, “change is already there” in all the fields “as evidenced by the acceleration of reforms, the growing consensus to rationalize our social model and the impetus with which are materialized tangible results in non-hydrocarbon economic development.”

Indeed, all these changes “will surely strengthen under the new model of growth and development agreed upon by the government and its economic and social partners, and with the support of the Economic and Social Pact that the Tripartite meeting has confirmed also,” underscored Bouteflika.

In this context, he welcomed the evolution that the industrial base of the country witnessed in recent years.

This database, which is already honorable, is set to expand “as required by our domestic market and our export needs, while our mineral resources to be transformed and developed are huge, and our renewable energy potential is promising,” said the Head of State. 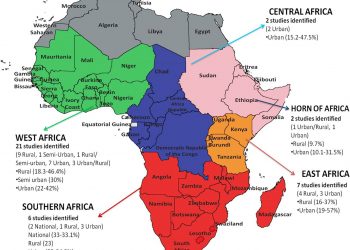